Leon Haslam dreamed of getting on the podium in Race 2 in Portimao. Instead, he had to settle for a fifth place behind Alex Lowes. Both riders are at the center of the SBK market, although the Kawasaki rider seems to know a bit more of what he wants for his future.

"I'll be continuing with Kawasaki, and I'm happy to continue with them," said Leon. "The fact is that I don't know with which team. As you know, there are three teams that race with the ZX-10RR. One is the official team, then there's Puccetti and Pedercini."

The alternatives seem to be two.

"The options are KRT or Puccetti. I know Manuel well, like the support that Kawasaki offers its team, and it would be a great choice for the future for me. At the same time, it's also true that I like the official team, given that I have an excellent relationship with the whole group."

Leon then sets a deadline.

"Whether I have to change my life or not, I'd like to know it within a month and not go further than that. I think something new will be going on next year. There's no room in Ten Kate, let alone in Ducati and Honda."

Attention then shifts to the race, which left the British rider with a bitter aftertaste.

"Unfortunately, I struggled a lot in braking. Besides that, I can say that we've taken a step forward, compared to Saturday's race, but it's not enough to get on the podium. The fact is that I was struggling with the front, especially when braking. Bautista, for example, was stronger than me."

There is one thing that leaves Haslam with some questions.

"The most complicated thing with Kawasaki is passing, since I'm not able to. I feel bad, since I had the pace to be with the best today." 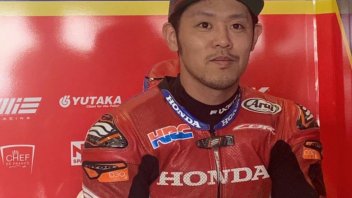 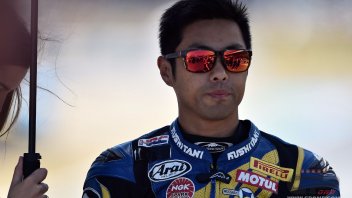 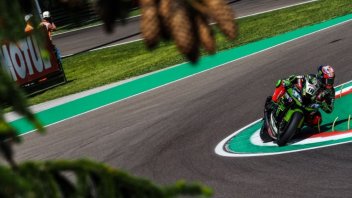 Haslam: "Disappointed with the cancellation, I was strong in the wet"