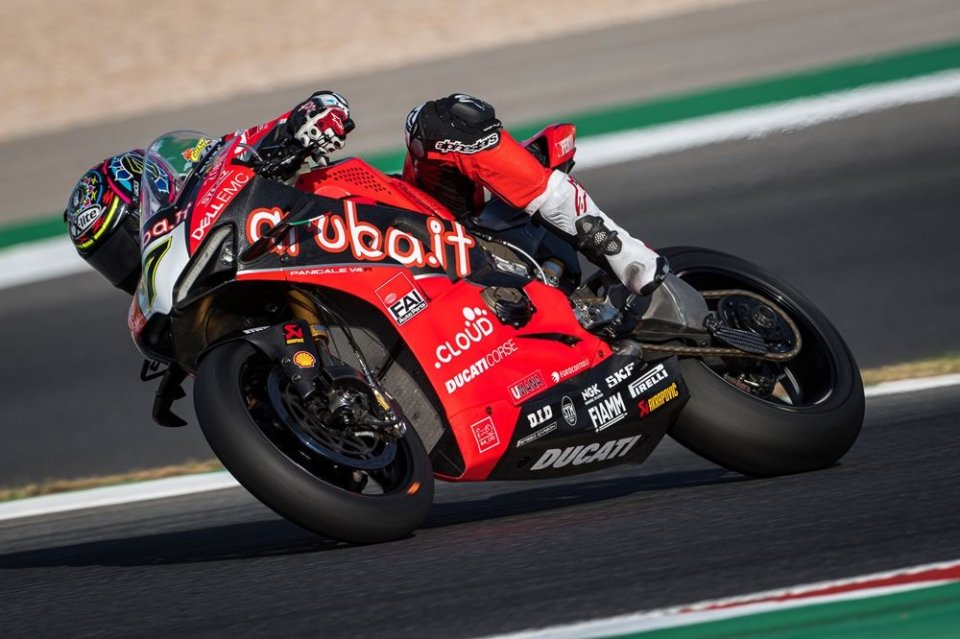 Chaz Davies dreamed of closing the weekend in style after yesterday's excellent result but, unfortunately for him, Portimao stopped smiling at him. A bad start and, above all, a technical problem really slowed down the Welsh rider, who sadly closed sixteenth.

"I had a mechanical problem, different than Misano since, in that case, the electronics stopped me. At lap 11, I had a gearshift problem, and I slipped back . I managed to finish the race, but it was difficult to do better."

Beside the inconvenience, the Panigale V4 continues to upset Davies, who supports Bautista's idea about the lack of rideability for the bike.

"I have several problems. Alvaro did a great job, and it's clear that the top speed of the bike helped him, but it's also clear that the Ducati suffered here: Laverty, for example, has always been very fast in Portimao, but he struggled a lot during the weekend. Yesterday, I was surprised by the result. Today, I made some small modifications that changed the situation a lot. We have to work because it's difficult to ride the bike right now on various tracks, and we have gathered information about it.

Speaking of Bautista, Davies goes back to the contact during Race 1 between the two, exonerating himself firmly.

"I think he was hard on me, but I understand his anger. The main point is that I didn't touch him. I believe that Alvaro is a bit shy in the early laps, and we saw that again, today. However, it's not easy to make totally clean-cut maneuvers with lots of riders close together, and I apologized."

Returning to today, not even the Superpole Race satisfied Chaz, tenth at the finish line and without the same sensations as in Race 1. A day that certainly did not help n.7 go up in the rankings, but it's something that doesn't particularly affect him.

"I didn't feel the same confidence as yesterday. We're still learning about the bike. We've tried to improve since yesterday, but we haven't succeeded. It could happen. I haven't looked at the rankings for some races now. I just try to be competitive on more tracks. Certainly, the goal was to be in the top three in the overall rankings, but now I just want to learn and experience moments like yesterday's."