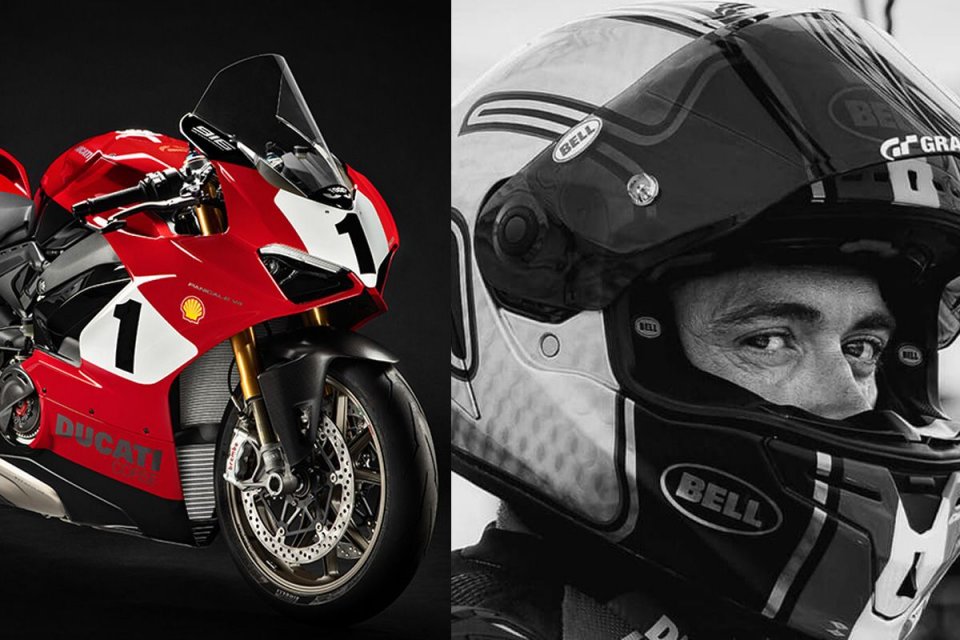 Ducati has announced a charity auction to support the newly established Carlin Dunne Foundation, born to commemorate the memory and preserve the legacy of Ducati racing legend Carlin Dunne. Among Carlin’s many accomplishments, he was a four-time champion of the Pikes Peak International Hill Climb and his loss has been felt throughout the international motorcycling community.

A limited edition Panigale V4 25° Anniversario 916 – which is numbered 5 of 500, in order to honor Carlin Dunne’s race number – will be available for bidding beginning September 5. The auction will run until September 15. The motorcycle is homologated for the US and has a value of $42,500. Proceeds of the auction will be donated to the foundation created in memory of Carlin and will serve as initial capital for activities. The trend of the auction can be seen on the dedicated eBay page and the final transaction must be made through an American dealer.

In addition to the motorcycle, Ducati World Superbike rider, Chaz Davies has donated his racing leather suit from his winning race weekend in Laguna Seca during 2019 World Superbike as part of this auction. The suit was specially designed as part of the unveiling of the Panigale V4 25° Anniversario 916 and fashions a livery inspired from those of Carl Fogarty’s leathers from the era of the 916 Superbike.

The announcement of the auction also coincides with the lead-in to a Carlin Dunne Memorial Weekend (Celebration of Life) to be held in Santa Barbara.