To enter the World Championship, you don't necessarily have to be a a rider or a technician - just to name two of the most well-known figures in the paddock - you can also be a sponsor. Actually, the demand is greater these days for those who bring investments into the world of the MotoGP.

From main sponsors of official teams in the premier class, to the smallest sticker on a Moto3, we can say that there's quite a bit of space and always a lot of curiosity: how much does it cost to appear on circuits worldwide with your company's trademark?

The answer isn't simple, but RTR Sponsor Marketing, an agency specialized in sponsorships in the sports sector, tried to give us an answer. And it did so in a very fun way.

In fact, you can find the MotoGP Sponsor Calculator on their site. This is an online tool that lets you know how much it would cost to sponsor a team (or a rider) in the World Championship.

There are many parameters to choose from to understand how and where to invest your money: first, the class, then the size of the logo, the prestige of the team, the positioning of the brand, all the way up to external events in which you'd like to involve teams and riders.

We had a good time playing around with it and discovered that putting our logo in the Moto3 for a Grand Prix, on the bike of a team that is not exactly top level, would cost us less than 20 thousand Euros. And being a title sponsor for Ducati? Well, in that case, it would be a bit more expensive, and 12 million Euros wouldn't be enough.

Setting our dreams of glory aside, (you probably won't see the GPOne logo on the official Yamahas next year), the Sponsor Calculator is very interesting if you want to know how varied the costs are among the different categories. It's good to point out though that the Sponsor Calculator doesn't provide the exact numbers but only estimates.

Trying out the various combinations without actually touching your bank account is certainly fun and also very interesting. You'll discover a world in which the MotoGP is not the premier class only because of its horsepower, but also for investments and publicity. A foregone conclusion, but the difference at stake is great, perhaps more than you could imagine.

Just think that a single title sponsor race in the MotoGP can cost as much as an entire season in the Moto2 or two in the Moto3.

This also makes it clear as to how difficult it is for team managers in private teams to make ends meet. The motorcycling world is nice, but it's also expensive. With selecting riders, the cost of motorcycles (and related spare parts), the team salaries, and costs of logistics, you're managing a tried and true company that travels all over the world.

Having Valentino or Marquez in your pit-box helps a lot when seeking the necessary funds, but there are those (for the most part) who can't count on certain names and might focus on younger riders without a guarantee in results. In this case, they have to roll up their sleeves and go hunting for investors who believe in their projects, maybe even resort to their own imagination, like Lucio Cecchinello who, instead of having a fixed sponsor, he rotates through several in various Grand Prixs.

If you want to pretend to be patrons, try the Sponsor Calculator. Who knows, if your trademark might sooner or later end up sprinting at over 300 Km/h on the fairing of some champion's bike. 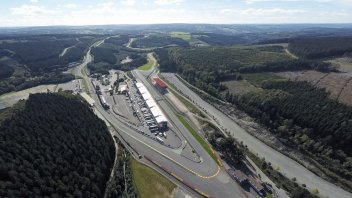 Spa-Francorchamps: 29.5 million Euros to have the MotoGP in 2024 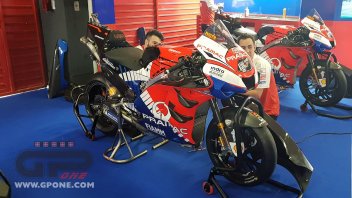 Here is the Ducati Pramac without the sponsor Alma 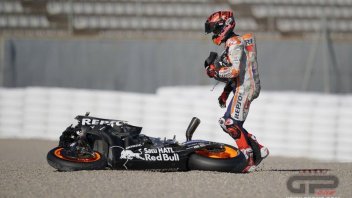 How much does a fall in the MotoGP cost? Here is the precise amount, and it...

"I still have to get to know the new M1 better, but I already feel good on the bike." Morbidelli: "I don't have a factory M1? I will make up the difference in cornering"
5 hours 43 min ago

Dorna signed from 2022 to 2026. The Ricardo Tormo circuit will alternate with the others on the Iberian peninsula but will remain the last race of the year.
3 days 8 hours ago

KTM's sports manager at the gates of 2020: "This is the highest point of engineering applied to motorcycling and has taught us to go beyond our limits"
5 days 8 hours ago