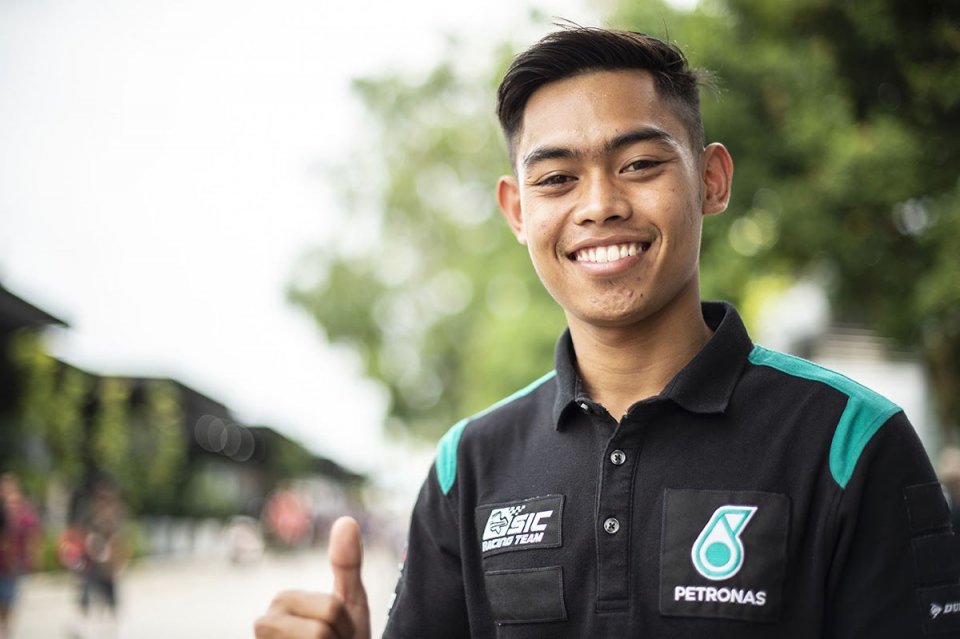 Passing the baton is becoming a habit for the Moto2 Petronas team. Since Pawi sustained injury, many riders have replaced him on the Malaysian team's Kalex, from Pasini to Folger, and even Smith at the latest Silverstone round.

At Misano it's the turn of Adam Norrodin. The Malaysian rider competed in the Moto3 championship last year, while this year he rides in the European Moto2 Championship with the SIC Junior Team, though he has no experience with the Triumph engine.

“It’s a shame that KIP is not able to return to racing, but I’m really happy to have been given this opportunity; it’s like a dream come true - commented Norrodin - There’s something new for me to learn, but it’ll be interesting for me - it’s a new chapter for my story and I need to say a huge thanks to Razlan and the team for still believing in me. It’ll be great to be able to come back to the world championship, because I’ve missed the pressure, the people and how much you improve every weekend there. The bike will be a little different to what I’m used to, but I’m looking forward to trying it out and my main focus for the weekend is to try and learn the bike to prepare for the future. For me, it’s a great opportunity, but equally, I hope that KIP can make a fast recovery and come back to the championship to show his potential.