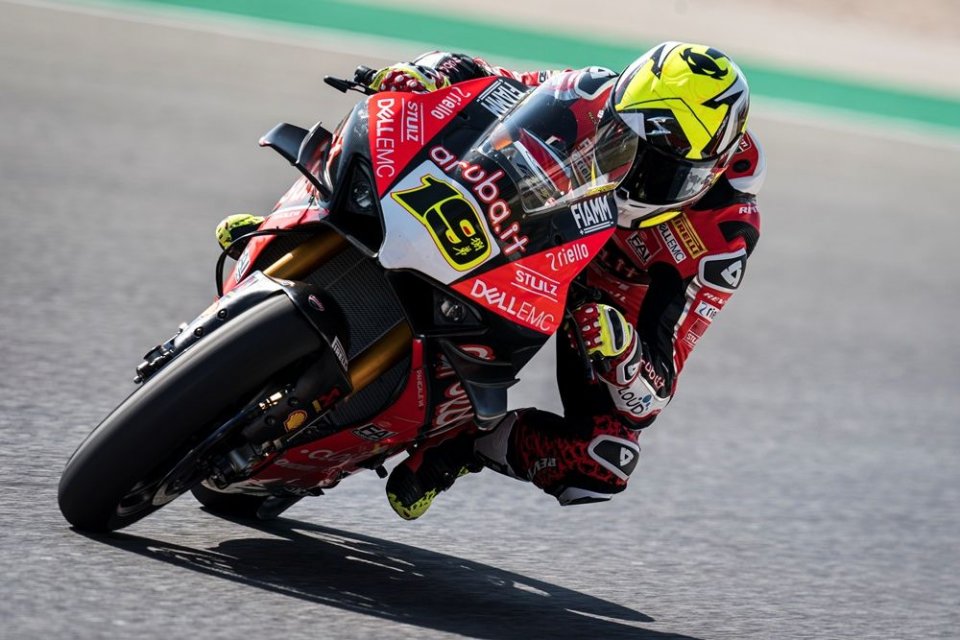 Welcome back Superbike! We really missed you! The derivatives have forced enthusiasts to fast forward two months this year too, but the wait has finally come to an end. That's because the spotlights will all be on the Portimao track this weekend for the first round after the summer break. The last round in mid-July in Laguna Seca upset the World Championship, since Johnny Rea and Kawasaki managed to make the most of the misfortune of Alvaro Bautista, who had failed to bring home even one point.

So, the Aruba rider's triple forfeit allowed the Cannibal to take advantage of this, so much so as to fly to the top of the championship rankings to +81 over his direct rival.

The gap is evident, and there's really not that much to say, although it's true that Ben Spies caught up by 91 lengths in Haga in 2009, to then win the title, and it's also true that there's still some math that's keeping the games open. It almost seems impossible to bridge such a gap against a rider of the caliber of Rea, who makes constancy his strong point, without missing a single blow.

At this point, the bottom of the barrel has been scraped, even if Bautista has the obligation to try. Perhaps relying on a partner like Chaz Davies who, in the last round, managed to snatch his first win on the Panigale V4. The Welsh rider could then become a loose cannon at the upper echelons of the class, trying to get in between Alvaro and Johnny. Easier said than done, also because if n.19 were to win them all, he wouldn't have the certainty of the title.

One thing is certain, however: if Bautista is still aiming for this title, his comeback has to start from Portimao. The Portuguese round is, in fact, the classic last resort for the Aruba rider, who will first have to deal with his health condition because the fall at Laguna Seca in the Superpole Race caused him a shoulder injury that also affected his tests two weeks ago. In short, the road seems to be uphill for the Ducati rider.

Toprak Razgatlioglu will surely be among those who want to do well in Portugal. His passage to Yamaha is practically expected. The young Turkish rider is still looking for his first win in Superbike, and what we saw in the tests is undoubtedly the best business card for the weekend. Alex Lowes knows this too. His future still needs to be written after he lost his place in the official team. Surely, Alex can't afford to make mistakes, since he's still looking for a bike for 2020 and, at the same time, different teams have their eyes on him.

His teammate, Michael van der Mark, is undoubtedly more serene and has a contract in hand for next year.

The Dutch rider, who had an accident in Misano, left his injury behind him and aims for the highest step of the podium in Portugal. The same goal as Tom Sykes, whose contract renewal with BMW only seems to be a formality.