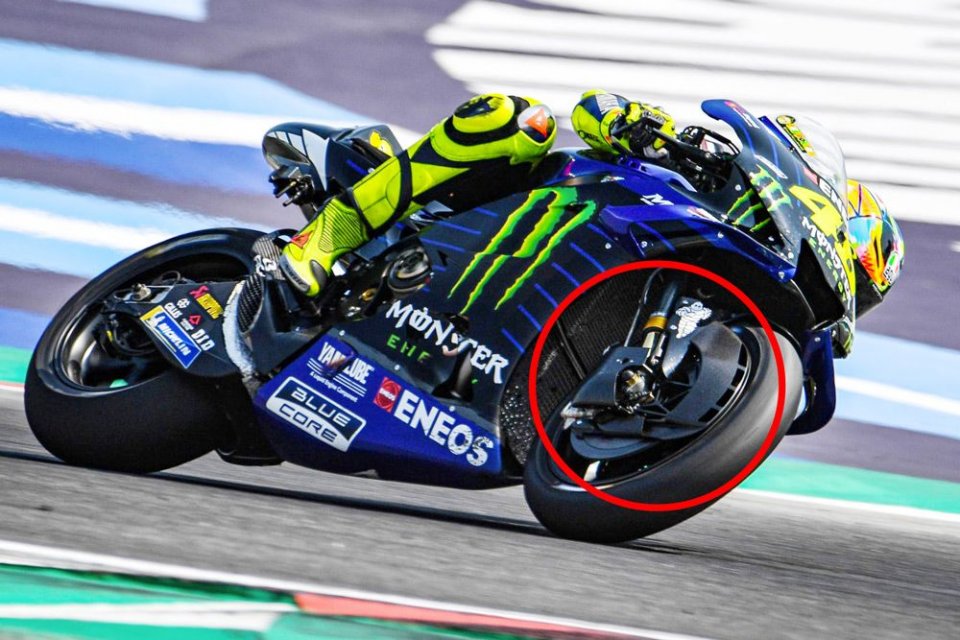 Under the eyes of those who were more attentive at the Misano tests, there were many new components, also related to aerodynamics for  new bikes. Ducati is testing a fairing with an unusually lower profile on Pirro's bike, but there's also something boiling in Yamaha's pot.

The Iwata team is moving on several fronts (the carbon swingarm and new exhaust are two of the innovations for these tests), and they mounted a new cover today on Valentino Rossi's M1. The profile of the wheel is, in fact, hidden by an elaborate carbon structure. Four openings on the front direct fresh air to the discs, while a dynamic air intake, which cools the brake caliper, was mounted on the rear.

Hard to believe that Japanese engineers have complicated their lives so much just to cool the braking system. If anything, it seems they've tried to find a solution to keep the temperature of the discs and calipers low by using a part that could lead to aerodynamic advantages.

Ducati also introduced front wheel covers this season but, in this case, their function was to clean and channel the airflow that reaches the now well-known "spoon": an appendage that Yamaha has not yet implemented.