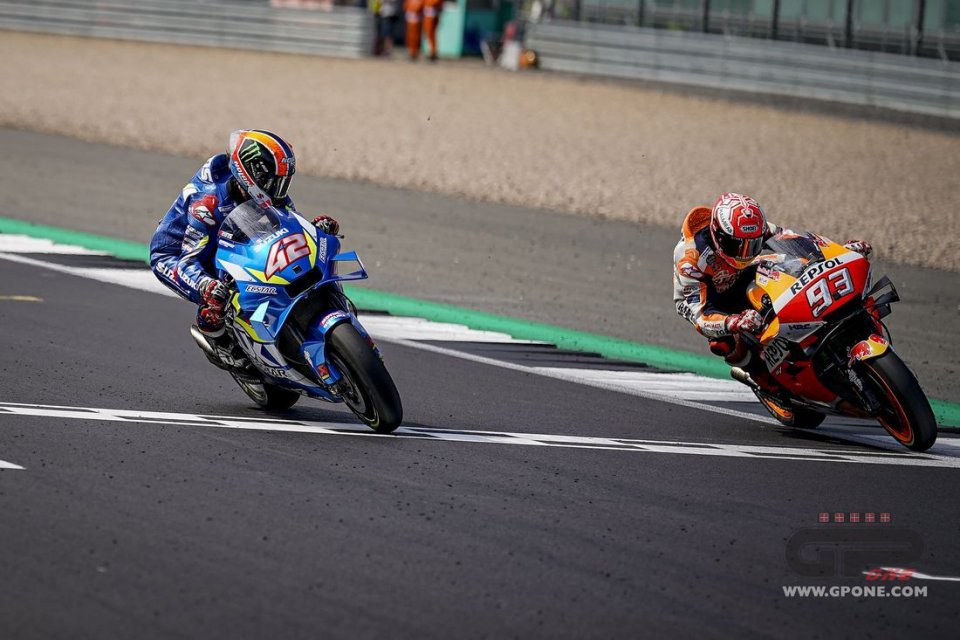 Many argue that to beat Marquez you need something supernatural, and the unicorn that is Alex Rins honored his legendary driving style. The epic poem tells the tale of a knight on his Suzuki triumph, as sharp as Excalibur. The rival was defeated, but Marc still sits comfortably on his throne.

Dovizioso couldn't help but try to beat the high jump record from a bike, thanks to Quartararo's push. Nothing broken, except for the rainbow of world championship hopes, which had already been shattered.

The Spaniards chose Great Britain as a favorite destination for their August holidays. With all the Prosecco they took away with them from the podiums, they'll be able to prepare aperitifs till late fall.

THE GOOD - Winning against Marquez is a challenge. Doing it twice in one race is almost out of this world. Alex Rins has to be tutored in math, so that he doesn't confuse the second-to-last with the last lap. But, unlike Paganini, the Spaniard rider wasn't afraid of repeating himself. He's defeated two legends (his own words) like Marc and Valentino this year and, to make Suzuki even happier, he can maybe try for a third, Kevin Schwantz. 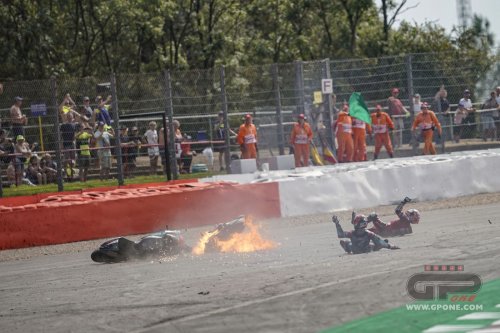 THE UGLY - Andrea Dovizioso's career as a pin on the track (not a bowling one) continues, full-steam ahead. Quartararo's "strike" unfortunately doesn't give him points for the championship, but what really counts is that the rider from Forlì came out unscathed. Dovi said he would have had the right pace to reach the podium. We believe him, but all that remains is disappointment for not having been able to confirm it.

THE BAD - There is no peace for Johann Zarco. He bid farewell to KTM and put himself on the market, but no one seems to be very interested. He wiped out his teammate, Miguel Oliveira, during the race and was also given a three-place grid penalty for Misano. The French rider can only hope that the wheel of fortune will start spinning in the right direction again, or even just start spinning, because things can't get worse than this.

THE DISAPPOINTMENT - The sun shone on the Silverstone track, but it forgot to shine on Valentino Rossi. The Doctor ended up riding in a thick fog and, when it let up, he discovered how far ahead Vinales was. After qualifying, everyone expected more. He was the first. 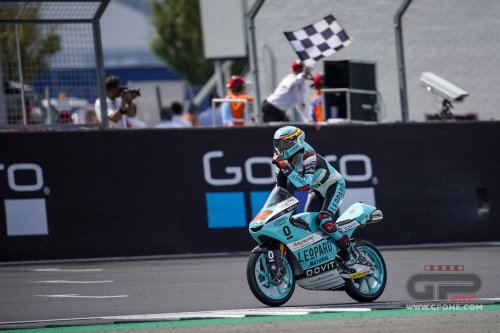 THE CONFIRMATION - You can grasp the concept of infinity by trying to measure the length of the Spanish bench. On a Sunday when the Marquez family left its most precious laurel to others, its compatriots did not leave the red and yellow flag lowered. Ramirez in Moto3, Fernandez and Navarro in Moto2, Rins, Marc, and Vinales in MotoGP. Let's hope that the atmosphere at Misano will perk up the Italians.

THE ERROR - It wasn't Marquez's day, and Alex thought he wouldn't even make it to the sprint like his brother. He slipped, as Marc watched him live, while busy with his press conference: "This is the worst news of the day for me," he commented.

THE SURPRISE - KTM should have retired from the Moto2 earlier. Ever since it was announced, they won one race and reached the podium in another. Better not tospread the word or else, starting from the next Grand Prix, everyone will be promising to quit.

THE PASS - Not one, but two, in as many races, both suffered at the last corner. If we weren't talking about Marc Marquez, we could even be laughing about it. Difficult to do so for a rider who has 78 points more than his direct opponent and with his worst result of the season being a second place. He'd be the only one laughing.

THE INTERESTING FACT - And speaking of Marc Marquez, he won his 60th MotoGP pole position in 120 qualifying rounds. With the bikes he's won for being the fastest, he could open a motorcycle dealership.

THE I TOLD YOU SO - "I'm aiming for the podium." Both Rossi and Dovizioso had said it, but neither of them got there.