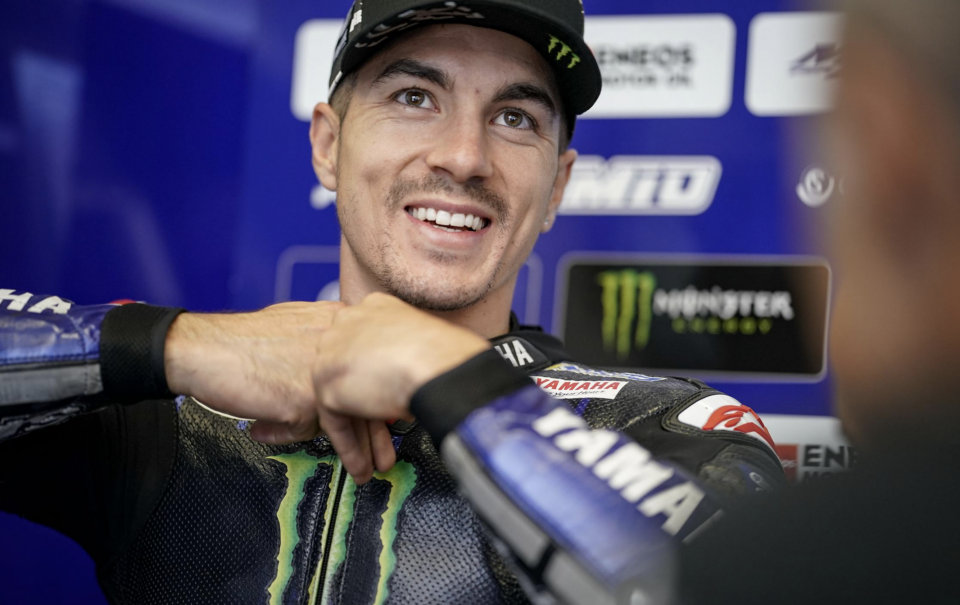 Maverick Vinales's strange weekend at Silverstone ended with a podium. After a Friday always among the top riders, Maverick had to surrender to Rossi's and Quartararo's great performances, finding himself third among the Yamahas but with a solid race pace, even if not better than the two team companions.

In today's race, once he lost Quartararo in the first lap. Maverick had to duel it out at the beginning with Morbidelli, then with Valentino Rossi, winning both and coming close enough to Rins and Marquez (who had lost a lot of time with passing and counter-attacks).

"In the last two laps, I told myself to go faster," Vinales said. "I believed it for a moment, but I knew it would be very difficult, almost impossible to take Rins and Marquez. I tried to delay braking, but I lost a lot in a straight, like in the T4. The podium is a good result in the end."

An important podium, since it allows Vinales to pass Valentino Rossi in the world rankings and become the best Yamaha on the grid.

"If I don't win, I'm never fully satisfied," commented Vinales. "But being the best Yamaha both in the race and in the standings bodes well, and being the best is always my goal, along with always being on the podium."

From a privileged position, Maverick was a spectator of the duel between Rins and Marquez. Did you have fun?

"Yes. It was a good duel with a nice pass on the last corner, but I would have preferred to experience it and have dueled it out with them. It wasn't possible today. I did more than what the bike allowed me to."

What stopped you in this M1 at Silverstone today?

"Today I suffered a lot on the straight, and that was the main problem. I felt I was slower compared to Marc and Alex at the beginning of the race. Then, I'm forced to never reach my limit 100% so as not to wear out the tire too much. Today, from lap 14 onward, my grip dropped a little, and it was very difficult to ride clean. I know I managed the tire well, and I'm satisfied with the work done on the bike set-up. I was very strong in braking."