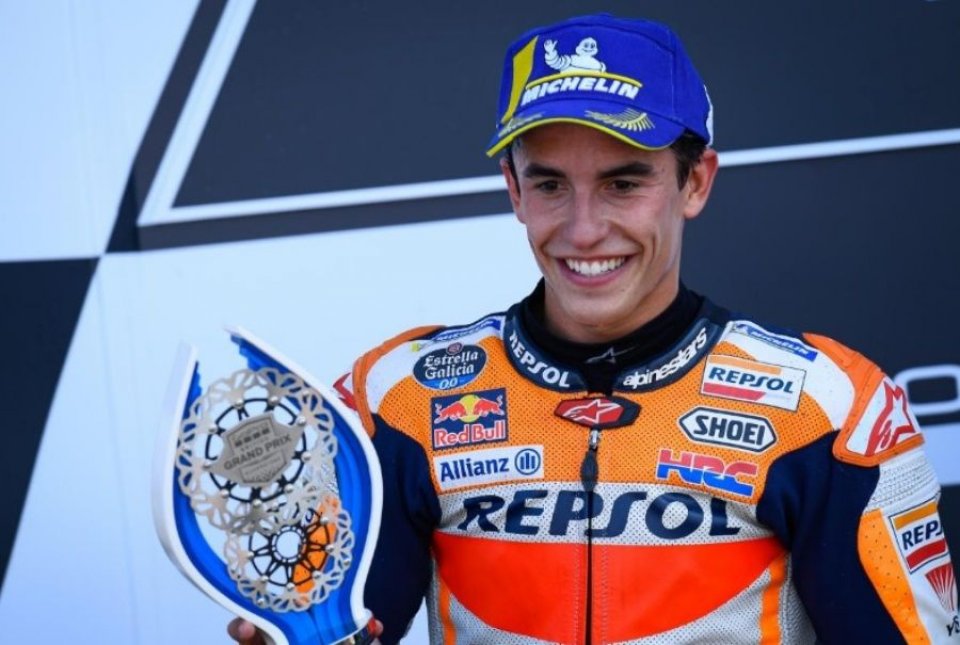 That's more than a defeat. Despite his second place, Magic Marc says goodbye to Great Britain with a score of 78 points in the World Championship ranking, which launches him more than ever towards an eighth world title. Obviously, there's still some remorse for that duel lost with Rins' Suzuki.

"I knew he would attack," he began. "Unfortunately, his Suzuki was very strong, while I suffered. Among other things, I let him pass halfway through the race to understand what his potential was, and I figured it all out. Rins was very strong, and I imagined he would be competitive up until the end. But that's okay, since I risked falling on several occasions towards the end."

"My goal was to get points on Dovizioso after Austria. I had a very precise idea, which was to create some margin in the first five laps and try to break away. Obviously, my strategy changed when I saw that Dovi and Fabio were out. Rins then got close. I tried to set the pace, but I couldn't do it."

Once again, Marc was fooled in the last corner, like two weeks ago.

"What stung the most was Austria, since I lost a few points," he said. "But I got a greater advantage over Dovi today in the World Championship, and that's important."

And to think that Yamaha was favored.

Lastly, something about the accident Dovizioso was involved in.

"I only saw one photo, and I feel really bad for Andrea. These things happen in the race, and Dovi didn't deserve it. This is the result of starting from behind. To avoid this type of accident, you always have to be up front."

Now Honda's rider is waiting for the Misano round.

"Misano will certainly not be a simple track. I'm aware that we'll have to suffer as always but, inside of me, I'm convinced that we'll be able to stay with the best and be competitive."