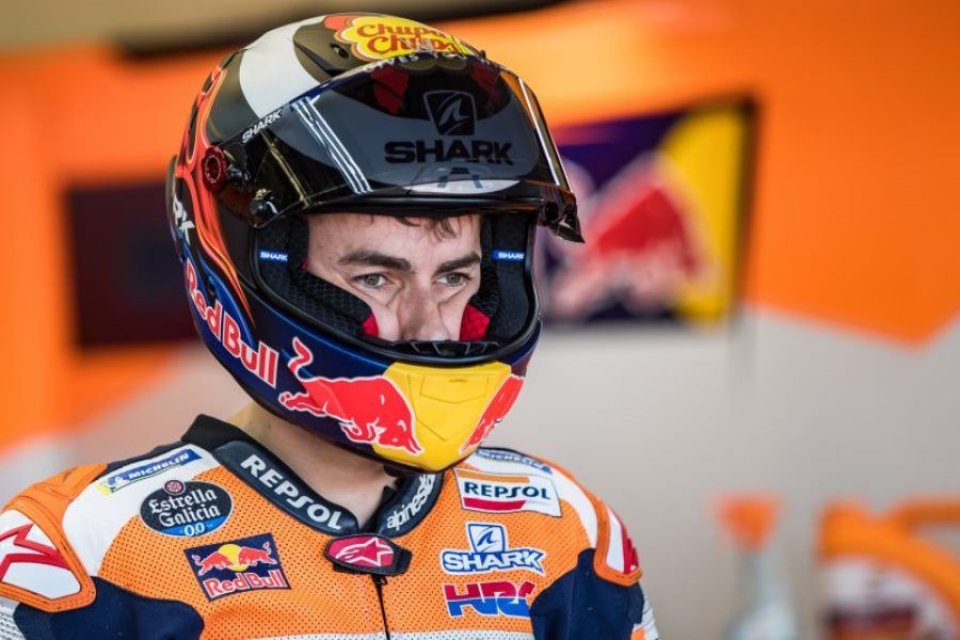 Before confronting Honda and his rivals, Jorge Lorenzo is, above all, dueling with his body at Silverstone. He's still feeling the pain of that fall he took two months ago, but n.99 is gritting his teeth, and is not throwing in the towel. It really doesn't matter much if he'll be starting from behind tomorrow, since all he's thinking about is his objective.

"I'm not used to seeing myself so far back in the rankings," Jorge said. "Obviously, I'm a bit disappointed, but the most important thing is to stay calm. Taking risks on a day like this would be stupid, even if it's half a second from the top. I tried to give my best based on how much my body could take, and I couldn't do more. I can't deny that, inside of me, there's a 10% fear of falling, while 90% depends on my physical conditions."

What do you expect from Sunday?

"The race will be very difficult. Racing for me is a risk, but it is every time you get on a bike. Today, I had pain in every part of my body. I suffer especially when braking and when changing direction. The race with 22 laps will be the most difficult test for me. I believe that I'll be in the group with the slowest riders, and my goal will be to finish the race."

What will be your priority for tomorrow?

"I obviously can't take risks, so I have to avoid strange moves on the bike. I'll see what my health conditions will be tomorrow for facing the race. The fact is that, with the Honda, I was already struggling when I was 100% fit. Now it's all more complicated."

What has changed compared to yesterday?

"Today, the inflammation increased after every turn, as did the pain, but I'm resisting. Like I said, tomorrow will be the hardest test, and I don't know if I'll finish the race. It'll be a test to understand what's going on with my muscles and adapting to the bike, especially in view of Misano and Aragon."

Did you think you would have this much trouble here at Silverstone?

"This is the worst injury I've ever had in my career, since it involved my vertebrae and spine. It usually takes three months to recover, but I came back only 60 days after what happened in Assen. Like I said, I will face this race as if it were a training session, avoiding unnecessary risks."

What did you focus on today?

"I worked mostly on the electronics, making some adjustments to protect the tires, but I'm not here to look for performance. I'm focusing more on the sensations, and it doesn't matter if I finish last or second tomorrow.”