We left the Red Bull Ring with the news of Johann Zarco's and KTM's separation. Now that the World Championship will be in Silverstone, the French rider is in the spotlight, since everyone is curious to understand the reason for his decision and what awaits him in the future. During the press meeting on Thursday, a crowd of journalists surrounded Zarco.

"I had a peaceful week," he began. "After my decision, I'm aware of having taken a risk since, at the moment, I don't have a bike for 2020. The fact is that I no longer felt good inside, and I was sad. I arrived at the circuit with a lot of motivation, but then my morale was really low just after a few laps. Like I said, I don't have the certainty of racing in MotoGP next year, but I feel strong inside, and my stomach is better now."

What's the positive thing about this decision?

"The positive thing is that I'm still crazy enough to make a decision that no one else would have made. Maybe it's necessary if you really believe in what you want."

Each of you will go your separate ways at the of the season, but how will your relationship with KTM continue from here to Valencia?

"It won't change that much, since I'm a professional, and I'm sure I'll give it my all. This decision was dictated by my feelings, since I have nothing against the team and the company. I'll do everything I can to work and give everything I have inside to help the KTM. It definitely wasn't an easy decision, but I couldn't continue like that any longer, with doubts and questions. I was no longer happy. I had a burden to bear. Now I have the chance to find myself again, first of all, trying to get new results."

Many people wonder what will be waiting for you in the future?

"I still don't know. My dream is to stay in the MotoGP, but this option is impossible, given that all contracts have been decided by now. My second option could be to become an official team tester, so I'll have the chance to be ready for 2021, helping a team develop a bike and, consequently, coming back stronger than before. The only thing I would miss would be riding in the 20 seasonal races. Right now, however, I have no offers, but I'm open to any kind of negotiation."

When did you reach this decision?

"I had been thinking about this for several months, and, with the second half of the season, I realized that my sensations would not change on the RC16. I then explained to the team my point-of-view, and so I made the decision."

Have you thought about a second life in the Moto2?

"That's a possibility. I haven't yet had a chance to talk about a possible return to the Moto2. Only ten days have passed, and so I want to take the time to first talk to those who work in the MotoGP. The Moto2 is not that great a race for me, since it would require a bike and a team to help me aim for the World Championship, remaining at a high level."

You emphasized your inner unease.

"I could no longer ride like I wanted. I was sad, and I wasn't happy driving like I was in the past. Now I'm calm, and I sleep peacefully."

Pierer said you're psychologically weak. What do you say about that?

"I'm not sure he said those words. They might have been manipulated by the press. We talked several times, and I know him well."

When did you communicate your decision to the team?

"I met the team in Austria on Saturday and made my choice known. You have to always try to be on top in the MotoGP, both in terms of competitiveness and motivation, and I no longer had the latter. Personally, I consider myself a professional and, deep inside, I'm aware that I can still give a lot to this sport."

One last thing. Have you considered the Superbike?

"Not yet, but who knows. The best thing for me is to stay in the MotoGP. I'd like to stay in this paddock, even if I have to return to the Moto2." 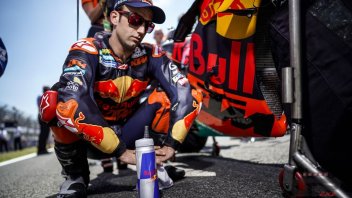 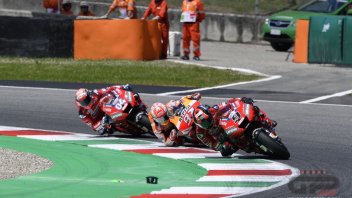 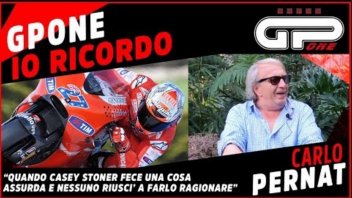 "I still have to get to know the new M1 better, but I already feel good on the bike." Morbidelli: "I don't have a factory M1? I will make up the difference in cornering"
19 hours 2 min ago

Dorna signed from 2022 to 2026. The Ricardo Tormo circuit will alternate with the others on the Iberian peninsula but will remain the last race of the year.
3 days 22 hours ago

KTM's sports manager at the gates of 2020: "This is the highest point of engineering applied to motorcycling and has taught us to go beyond our limits"
5 days 22 hours ago

VIDEO - A challenge of reflexes between Red Bull Motorsport athletes, with Verstappen, Gasly, Albon and Kvyat who challenged Pol Espargarò
6 days 17 hours ago