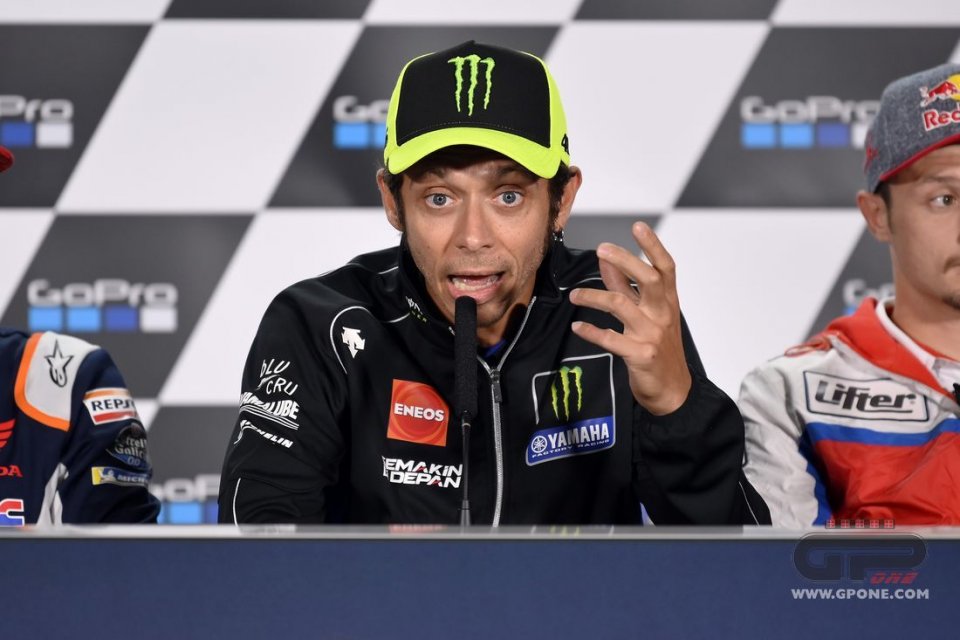 Lorenzo's return and Zarco departing KTM are the two hot topics in the Silverstone paddock right now. Valentino Rossi understands what they're going through better than most, his two years in Ducati an equally tough challenge. For a rider, it's hard not to achieve the results that you believe to be within reach and it's easy to give up.

“Lorenzo is going through a tough time, results aren't coming and he's struggling with the Honda  - observes the Doctor - In addition, he's crashed a lot, and when you hurt yourself, your body goes along with your mind. At a certain point, you ask yourself who's making you do it, all riders have thought it at one time or another. When you get better, certain doubts pass. He himself admitted he'd considered quitting, but I believe a rider like him still has a lot to give”.

You know the Japanese well, the Honda guys too, how might they react to the contact with Ducati?
“it's hard to say, I don't even know if they read the papers, especially Italian ones (he laughs)”.

Zarco has decided to draw a line with KTM.
“His situation reminds me of mine in Ducati. Expectations were high, both externally and in my own head, but unfortunately I never found confidence with the front of the Desmosedici. I know how difficult it is when it happens, because you lose motivation and the joy of racing, you leave for a race in a negative state of mind. If you don't have fun, it all becomes harder - talking to journalists, travelling, being away from home, you struggle to even sleep”.

Did you also think about leaving?
“Many times, but if you have no alternative solution, the risk is to be left out. I made the right choice to continue, i scored some podiums and ran some good races. We're all different anyway, I'm sure Johann will be back soon”.

You have other problems right now, what do you expect from the Silverstone GP?
“I like the track a lot, I like the carbonara pasta too, very liquid (he laughs). Joking aside, I expect an important weekend because over the last two race weekends we've been able to improve and need to carry on doing so. If we consider that the Red Bull Ring was a track where we should have suffered, it didn't go too bad. But I'm also aware that we were too far behind the winners. We need to get back on the podium here”.

Will top speed be a problem?
“It was more of a problem in Austria. The truly important thing is to have to good sensations and then see what the new asphalt is like. If they've done a good job, I'm sure it'll be great to ride the track”.

There is a lot of talk about the Yamaha's lack of power, is this related to the architecture of the in line 4?
“V4 and inline 4 have their pros and cons, the first has more power and the second is better through the turns, but I'm not so convinced. You simply have to exploit its full potential. I've talked about it with the Yamaha technicians and they remain faithful to the inline 4, I'm sure we can obtain the maximum with their experience”.