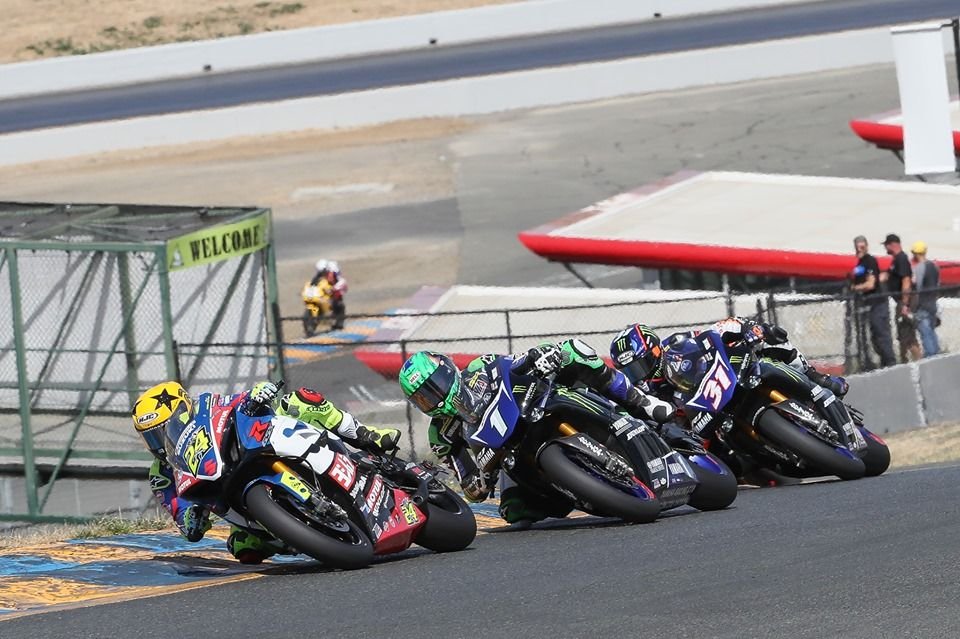 MotoAmerica enters its decisive moment. In fact, there are only three races left till the end of the season, with points at stake that decrease and become more burdensome. Hosting the third last race of the season will be the Pittsburgh International Race Complex. A recently built track but one that, riders and fans already like. A track where, among other things, no one has managed to win twice: from 2017 to date, the year when MotoAmerica landed in Pittsburgh, the four races were won by four different riders.

Among these is Toni Elias, who won two races last year. Adding a victory to his wins would really be convenient for the championship. Toni seemed to have grasped the title with both hands after Race 1 in Sonoma, with 59 points ahead of Cameron Beaubier, but his fall in Race 2 and Yamaha's victory rider put everything back in question: now there are 34 points ahead of n.24 who has to someway do more than just manage them  on his Suzuki.

Who will undoubtedly have to attack is obviously the aforementioned defending champion, Cameron Beaubier. The Yamaha rider is still in the race despite his fall in Race 1 in Sonoma (the second zero of the season, like Elias). He was the first historic winner on the Pittsburgh track in 2017. Like Elias, he'll want to be the first to make a double, but the ups and downs of the track on the East coast hide more than one surprise.

The fight for the title is not just about the last two champions, but also Garrett Gerloff, the rider who has been most on the ball lately. In the last four races, in fact, Beaubier's team mate has collected two victories and two second places, climbing the standings up to -40 points from the leader. Laguna Seca's first Superbike victory gave n.31 a boost, and he doesn't want to stop his race.

JD Beach and Josh Herrin are the two possible loose cannons remaining, still fighting for the title (mathematically speaking) and ready to take advantage of any duels at the limit between the top three of the class. Among other things, Herrin is one of the four winners in Pittsburgh, followed by the now retired Roger Hayden. Matthew Scholtz is, instead, one to keep an eye on. He returned to the podium in Sonoma after a rather complicated moment.

All that remains now is to wait till 9pm (Italian time) on Saturday, when the traffic lights in Race 1 will go out, and we'll have the first answers on the future of the championship.