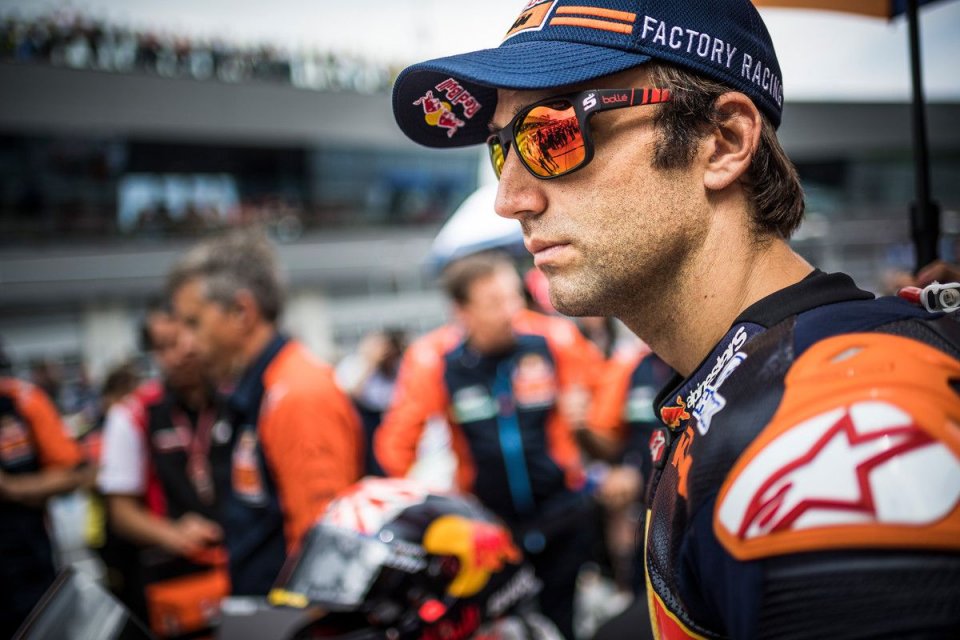 Johann Zarco and KTM will go their separate ways at the end of 2019. At the end of a weekend that should have been a home party for KTM, there was instead a cold shower that no one expected. Though not exactly a bold out of the blue, the problems between the French rider and KTM clear and numerous, it probably came as a surprise to most that the separation was accounced when it was.

Yesterday, Speedweek reported KTM CEO Stefan Pierer's words (read his statements HERE) and the news that Zarco himself has asked for his contract to be terminated. It remained to be seen whether it was possible to continue the 2019 season together or whether Johann wanted to put an immediate end to his adventure in orange, at the Austrian manufacturer's home round no less.

In the press release issued this morning, KTM confirms the separation at the end of 2019, specifying that the Frenchman will not ride the RC16 in 2020 but that he will complete the remaining eight rounds of this championship.

A love story between Zarco and KTM that never got off the ground, with the Frenchman unable to demonstrate the talent he showed during his two years on the Team Tech3 Yamaha M1.

KTM must not seek a substitute for 2020 and there had already been a move with regard to Jack Miller, but the Australian will remain faithful to the Ducati of Team Pramac. The list of available names on the market is particularly restricted at this point of the season and both KTM and Zarco are aware of this, the rider also needing to find a solution if he wants to ride next season.

The hypothesis that put Jorge Lorenzo in Ducati with Team Pramac could have served as the perfect domino, Miller destined to head to KTM and Zarco perhaps able to move to Honda, a solution which was being worked on in early 2017, but one that the Frenchman's then team manager Fellon was unable to finalise.