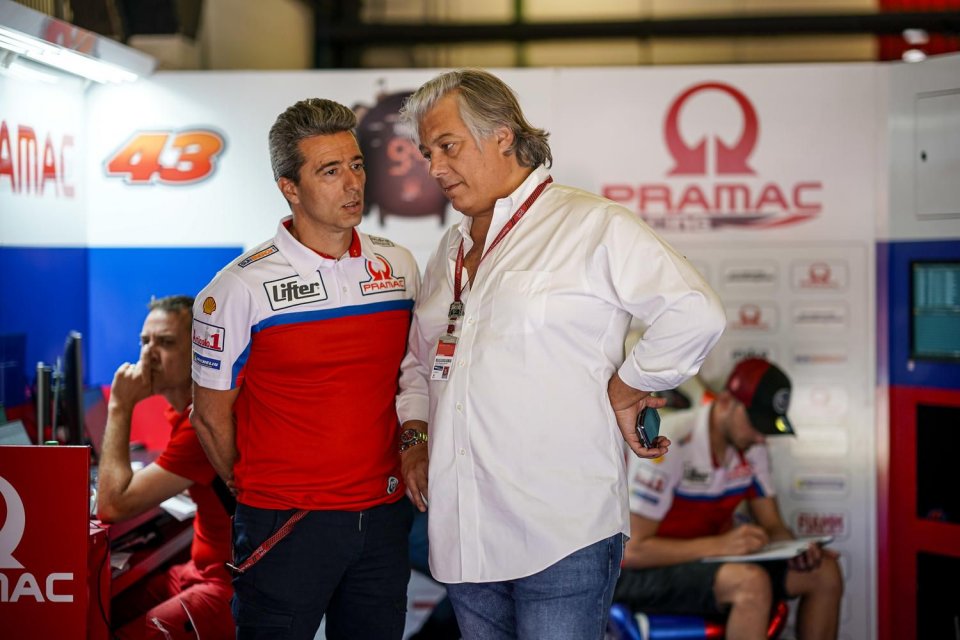 The story that animated the Red Bull Ring weekend took place off the track and, up to the last second, involved a rider who was not even present in Austria. We're obviously talking about Jorge Lorenzo and the approach that was taken towards Ducati to try to find a solution and bring the rider from Mallorca back to Borgo Panigale in 2020, a year before Jorge's contract with Honda expires.

The only Ducati plausibly available to host Lorenzo in 2020 was Jack Miller's, and Lorenzo himself confirmed that this hypothesis was much more than mere summer gossip. The Spanish rider and the Italian team did make contact, and the Australian rider's contract for the future was on the brink.

Today Paolo Campinoti was interviewed by colleagues from Sky Sport MotoGP about the situation, completely clearing this hypothesis and confirming the willingness of the Tuscan team to go ahead with Miller also in 2020, and confirming the truthfulness of the rumors that circulated over the weekend.

Jack has been a long-term investment for us, following the spirit of our team, which is training young talents in MotoGP, then bringing them to the official teams. I hope everything gets formalized as soon as possible with him. We're at the last details."

As for the story related to Lorenzo, Campinoti commented.

"As far as we're concerned, we've always focused on Jack, even if Lorenzo is obviously a great champion. Officially, we have never been told anything, but also a minimum of interest towards us on his part flatters us because if a rider like Lorenzo thought to come to us, it means that the work we've done over the years is appreciated and perceived by all. I repeat, we're not aware of anything official. They're still just rumors. We bet on Jack and, in the end, he's staying with us."

The calendar for next year has been set and will be made public today. After Kazakhstan, another country enters the World Championship.
4 hours 53 min ago

Pecco will have to watch out for teammate Jack Miller triumphant in Motegi and eager to score another success, the fourth in his career in the...
23 hours 27 min ago