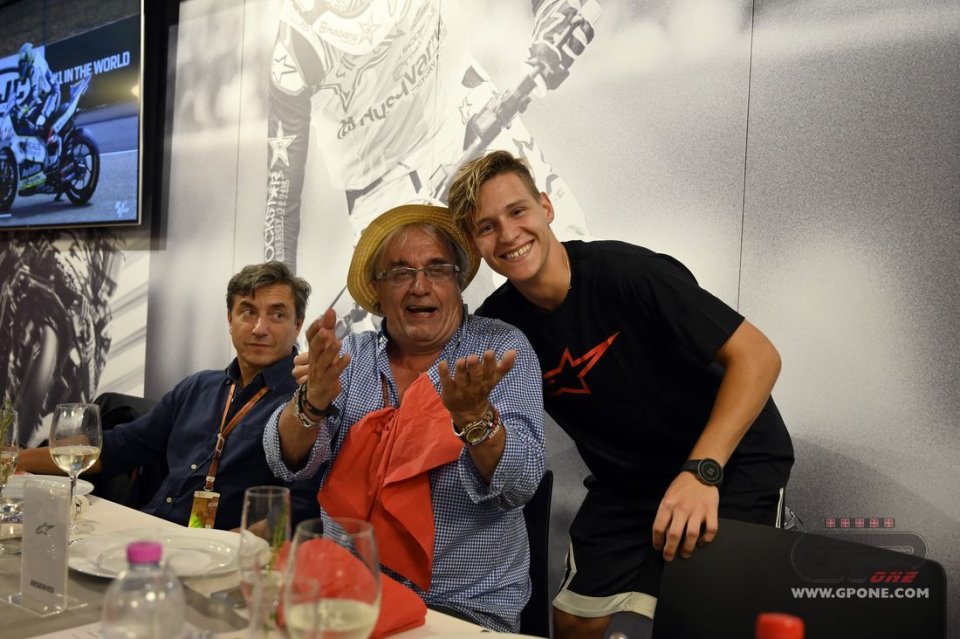 Our "Master of Hospitality" continued at the Red Bull Ring. A culinary competition we organized, with the Prosecco Doc consortium,which involves five of the best paddock Hospitalities.

Along the lines of the most famous - and more serious - Masterchef competition, we involved the producers of the Italian genius of bubbly. 464 million bottles produced per year in the 5 provinces of the Veneto region (all except Verona) and of all the Friuli Venezia Giulia region, where we are judges, along with other journalists and also managers of the World Championship.

A challenge among chefs that will reward - based on Taste, Mise en Place, Service, Location, Friendliness of the staff, and Pairing with Prosecco DOC - the best among the Hospitalities that, in addition to catering to their own teams during the Championship, also guaranteed our ... survival.

A way to be together, seasoned with a little taste of the sports challenge we're part of.

If in Brno our guests were the guys from Ducati Pramac, at Zeltweg, it was Alpinestars' Hospitality that held the leading role with, at the head of the table, Gabriele Mazzarolo, CEO of the well-known brand from Asolo - founded in 1963 by Sante Mazzarolo who identified his company with the name of the perennial flower, the Alpine Star.

From motocross to speed, it is synonymous with innovation and quality.

"Today, we're also leaders in the production of complete outfits for motoring," explained Mazzarolo. "From shoes to gloves and fireproof suits. And many teams buy our fabrics."

A long road from the first world title won in the early 1970s by Roger de Coster, which led Alpinestars to the world championship, then to Formula 1 and NASCAR, while it's now present with its offices in Los Angeles, California, Italy, Tokyo, Asia, Bangkok, and Thailand.

Ironman Vinales in Austria: more than 110 km between swimming, cycling and...

The video circulating on the web reveals a disconcerting episode in the Moto3 paddock. Tom: “I kept quiet because I wanted to keep my ride. That’s...
18 hours 40 min ago

“I was leaning too much. It happens when you push on a MotoGP. I have injuries all over my body. I’ll have to wait and understand my condition. It’s...
1 day 13 hours ago

The calendar for next year has been set and will be made public today. After Kazakhstan, another country enters the World Championship.
1 day 19 hours ago