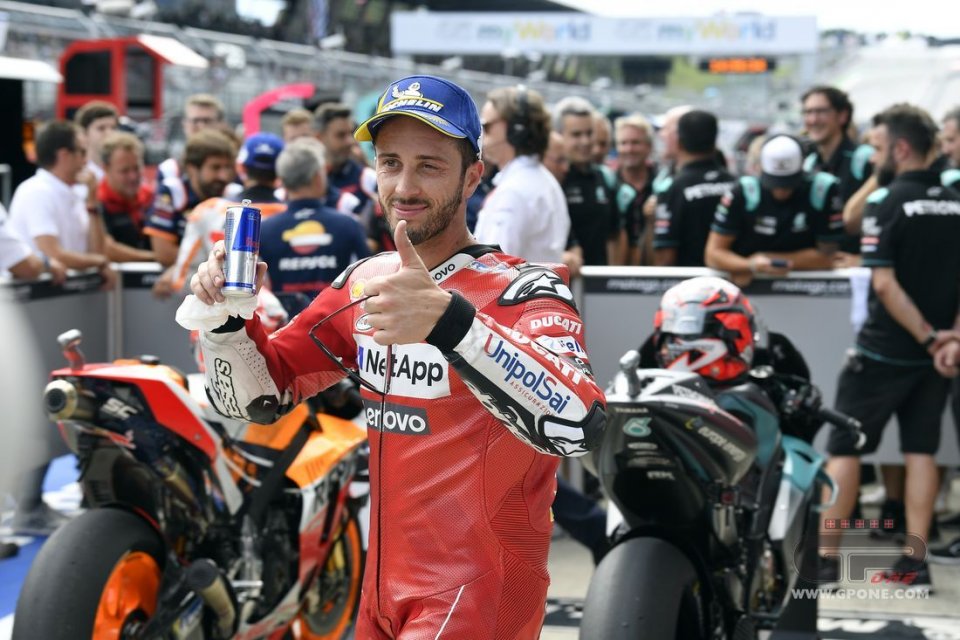 It was from the second GP of the season, in Argentina, that Dovizioso hadn't able to start from the front row. He reached his goal in Austria, but what burdens him most is the almost half a second Marquez had on him in qualifying. That Marc is a steamroller on the flying lap is well known, but the rankings in the race are solid.

"Marc was very fast in qualifying, especially with such high temperatures. He did something special, like many other times," acknowledged Andrea. "Fortunately, looking at my pace, I'm closer to him. Today my goal was the front row and, although I didn't have good sensations on the bike, like I did in the free practice sessions, I succeeded."

Starting off near Marquez is essential for those who want to stop him. The Spanish rider has already shown he's strong this year and wants to manage the race.

"Marc wants to decide the pace," confirmed Dovi, "and I'll have to be ready to react. He's fast, but I'm there with him, and I still have some margin. I worked a lot on the third sector, but I can still improve. I'll study my data and those of the Ducati riders in order to succeed."

Andrea has only one goal: to stop Marc.

"It's going exactly as I expected. Marquez is the favorite," he continued. "But I'm aware of having given it my all so far, or almost. We worked good and hard. On Friday afternoon, we were able to take that step forward that I needed when braking. I'm very constant, and that's the most important thing."

As things worked out, tomorrow could be another two-man challenge. Maybe it could be resolved in a sprint that, until last year, was their strong point.

"It could go like that," Andrea reflected. "If I look at the 28 laps, Marc and I are the fastest, even if not by much. I don't expect there to be other riders with us at the end of the race."

The question is whether the Ducati rider's speed will be sufficient to counter the cannibal Cervera.

We'll find out tomorrow," he said cautiously. "Marc has the situation in his hand, but that doesn't mean I won't be able to have my say. Right now, I think he can impose a very fast pace from start to finish, but I'll be trying until the finish line." 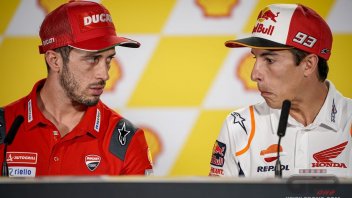 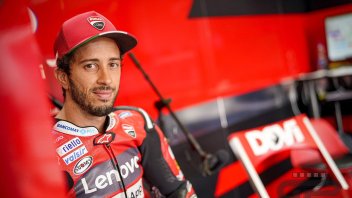