Andrea Migno has two penalties: his fastest lap in Q2 has been cancelled and he will start from the back of the grid. 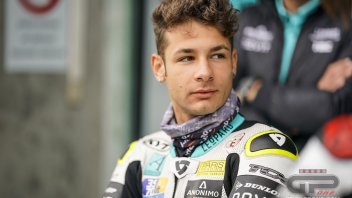 The German test rider will also be on track tomorrow to continue developing the RC213V: "The rain and cold affected our plans."
5 days 12 hours ago

VIDEO. The Japanese team's rider missed the last three GPs of 2019 to solve his physical problems and get to the Sepang tests in the best of shape.
6 days 7 hours ago