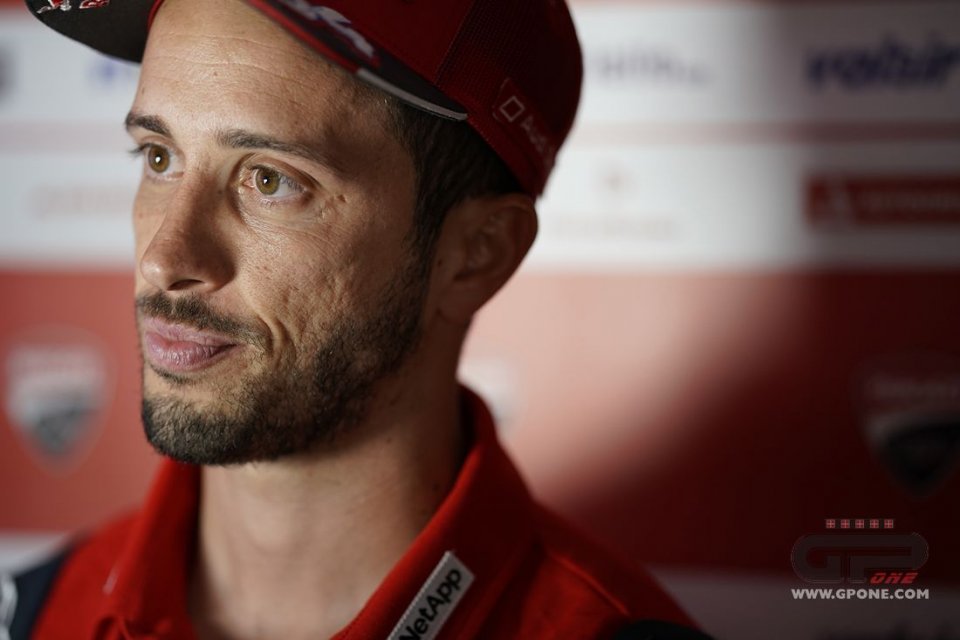 It's understandable that the return of prodigal son Lorenzo to Ducati wouldn't exactly have Dovizioso jumping for joy. During today's press conference, he agreed with Marquez, who hopes Jorge remains in Honda to prove he can win. When asked if Ducati has little faith in its riders, having let Bautista go in SBK and now considering taking Jorge back, he replies: “I'm not the right person to ask, you need to ask Gigi Dall’Igna”.

Because the Majorcan's return might be read as a lack of faith in the current riders, who are unable to keep pace with Marquez. A read that an intelligent rider like Andrea can't ignore.

Dovi, do you think Lorenzo's return is plausible?
“We can't know what Jorge is thinking right now, me even less so than others and so I can't really say, not knowing the situation. It's rather unique, because he has another year of the contract to run. Honestly, it has little to do with me, I'm focused on my own goals”.

Could it be useful to have him back in the family?
“I don't think it would condition this season or next. I know how we need to improve, me and the Ducati, we're focused on doing what we need to fight Marc. The rest counts for less”.

What counts is beating Marquez, is the Red Bull Ring the last line of defence?
“I don't see it like that. Unfortunately I finished behind him last year. It's true Ducati has won here for the last 3 years and we want to continue that trend but it won't be easy. Right now, Marc is strong and has won at many tracks, he's the favourite I think”.

Is this GP a little different?
“More so for you than for me, because Ducati has always won here. But Marc has always been right there, in front of me last year in fact and I expect him to be strong. It's normal that we want this track to stay 'our' but the reality is that right now we need to fight Marc and not vice versa. It will be tough, but that's my goal”.

How's your frame of mind as you arrive in Austria?
“We had material to compare at the Brno test and straight after a race weekend is the ideal time to do it. The sensations were good, I was fast and able to give feedback on the new pieces, which is important for the future. I left Brno in a positive frame of mind”.

And the next step tomorrow?
“We need to work well from session one, especially with the tyres, because we want to win again”.