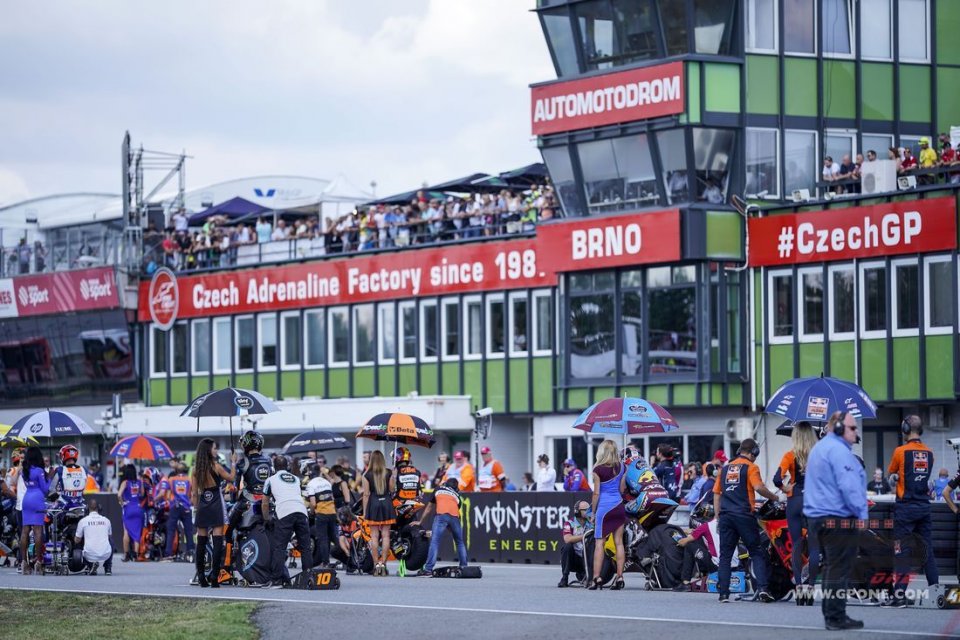 The winds of change are blowing in the Moto2 for 2020. After changing  engine supplier (from Honda to Triumph), Dorna decided to put some order to the starting grid. The organizer is targeting those teams that line up only one rider, something that only happens in the intermediate class.

The teams that have only one bike in the pits aren't many. In this case, four: Petronas, Gresini, Tasca, and Kiefer. Dorna would like all the teams to line up two riders, so expect some reorganization.

The Kiefer team (that won the World Championship with Bradl in 2011) could leave the World Championship at the end of the year. Petronas (one of the few teams to compete in all categories, from Moto3 to MotoGP) would have no problem doubling the number of riders. They already made a request for this season that ended up being unsuccessful.

The two Italian teams are left. They could be thinking of a sort of "fusion" between the two. Fausto's team is close to a deal with Bulega and could keep Sam Lowes to complete the pair.

For now, the only sure thing is that there won't be any "solitary" teams in 2020.