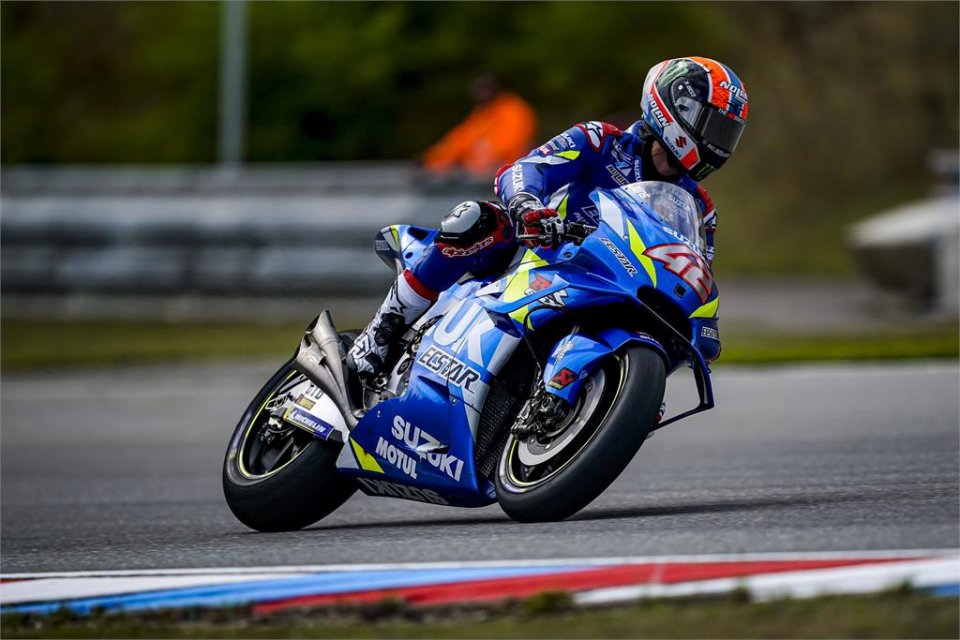 Alex Rins couldn't afford another crash after Assen and Sachsenring, so he chose to settle for fourth, a result that nevertheless has a bitter after taste. The podium was the goal, but in the end there was nothing he could do against the Ducati of Jack Miller.

“unfortunately I suffered the whole race – comments the Spaniard– my aim was to remain in the leading group with Dovi and Marc, but I couldn't. The problem was the tyres, as I had no grip, particularly at the rear. I felt vibrations and at one point I thought the tyreswould explode”.

He is therefore left disappointed.

“It would have been great to be back on the podium, but I couldn't do more than fourth. Seeing how the race went, the result is positive, as I'd had two DNFs prior to this round and couldn't afford crashing again."

He now focuses on tomorrow's test.

“We'll have a lot of work to do. The electronics is an aspect that encourages me, in that I've had positive feedback. We need to evaluate the new fairing tomorrow, trying to compare it with the previous one. If it goes well, we'll bring it to Austria, as there are hard braking points at the Red Bull Ring.”

Rins: "When you are going through hell... keep going!"

Alex Rins: We have something new for Mugello that I can’t reveal.”