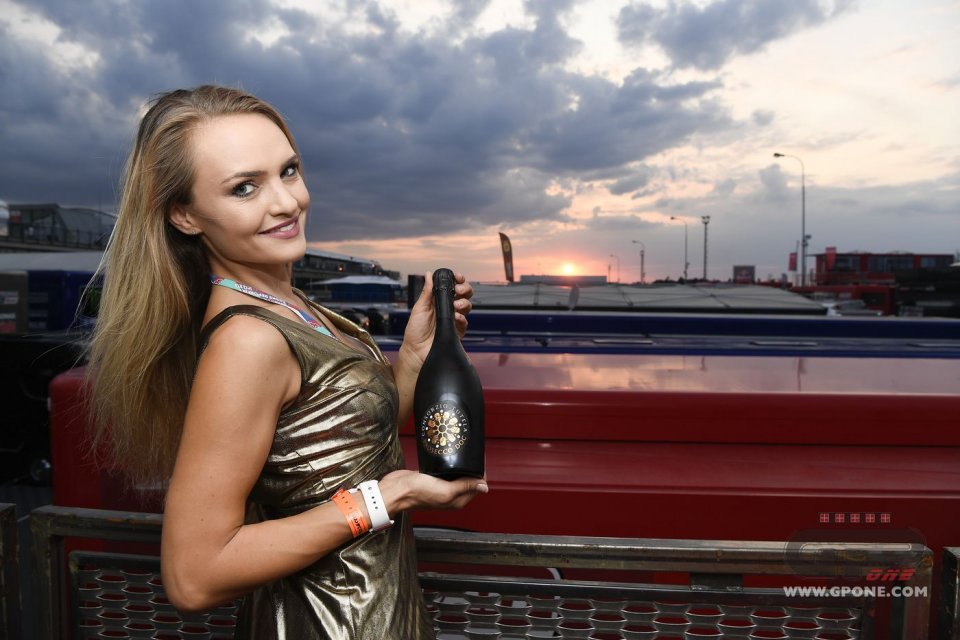 Our 'Master of Hospitality' kicked off at Brno, a contest that sees five of the best Hospitality units in the paddock competing in a culinary face-off that we've organised together with the Prosecco Doc consortium.

Along the same lines as the famous, and very serious, Masterchef, we've involved the producers of Italian fizz, 464 million bottles produced per year in 5 provinces of Veneto and across Friuli Venezia Giulia in a contest in which both we and other journalists and paddock management figures will act as judges.

A battle between chefs that, based on Taste, Plating, Service, Location, Staff Friendliness and Pairing with Prosecco DOC, will reward the best Hospitality. 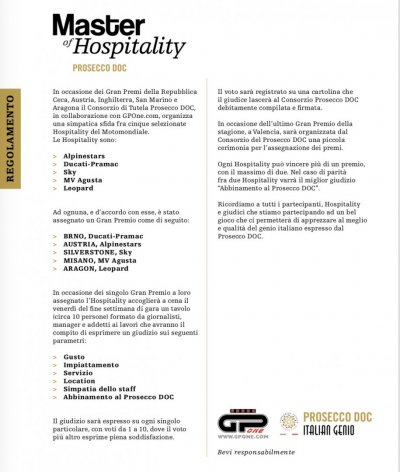 A way to spend time together, with the added touch of competition, right up our alley.

We've started with Ducati Pramac  during the Czech Republic GP and will continue with Alpinestars in Austria, at the Red Bull Ring. Then we will be guests of Sky VR 46 Academy at Silverstone, MV Agusta at Misano and lastly, Aragon with team Leopard, a small but battle-ready outfit in this regard.

The grand finale will come at Valencia of course, where the winners in the various categories will be announced.

An enjoyable way to spend time together, as Pramac boss Paolo Campinoti highlights:

"This is our home", he points out. One day we will tell how we've often heard Johann Zarco playing the piano under this roof, having run through not only the wide range of Baladin beers with Alex Ghini, but also his collection of Italian comedy films.

Prosecco Doc with spherification of Campari, air of orange and burnt orange dust

Third course: Saddle of suckling on a prosecco apple cream with Trevisano radicchio with balsamic vinegar

The official announcement came today. The rider from Ascoli: "I have no expectations other than to return to a serene and clear climate inside the...
13 hours 8 min ago

This is the first MotoGP pole for Honda since Pol Espargaro at the British GP last year (21 races), ending the longest sequence of successive premier...
18 hours 2 min ago

“We want to thank the entire paddock and especially the Suzuki team that helped us rebuild the garage. We’re ready to start the Japanese GP.”
23 hours 15 min ago