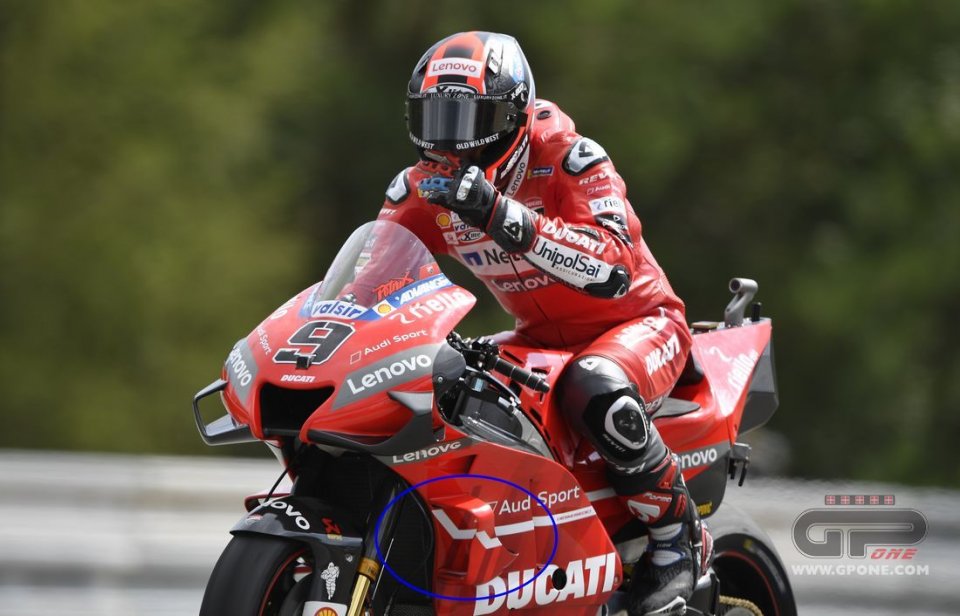 Gigi Dall'Igna and his men often have a rabbit ready to be pulled out of the hat, Brno also bringing something new. The change regards one of their favourite areas, and one in which they lead the way, namely aerodynamics.

During FP1, Danilo Petrucci took to the track with a new fairing, an evolution of the current one but one that is also reminiscent of past solutions.

The most obvious new feature is the lack of a double spoiler, something for which the GP19 has stood out until now. There is now just one larger wing, like that used on the GP18 ridden by Bagnaia. The shape of the spoiler is different though, with a profile that extends as if it were a droplet lower down the appendage.

At first glance, the shape of the wings alongside the front fairing also appears different.

For now, the new fairing has only been used by Petrucci, while Dovizioso has continued with the previous version.