Takeo Yokoyama, HRC technical director, is not a typical Japanese. He doesn't hide behind politically correct words but gets straight to the point. And the point is that the Honda appears to many to be Marquez-dependent, something that risks becoming a serious limitation. The RC213V is a sharpened weapon, but only in the hands of the Spaniard, both Lorenzo and Crutchlow having said that they wish it was easier.

“Cal always asks for a lot and likes to talk - laughs Takeo - That aside, I like working with him and he's good at providing indications. Honda works for all its riders, it doesn't often happen that we need to take different paths, but if it does then we will. Having said that, our priority for development is Marquez, he is the world champion and we want to win again”.

And if Marquez were to decide to take a break?

“Don't worry, that won't happen. He's a champion and I can't rule out the fact that he's able to mask some of the bike's weaknesses with his riding, but the most important thing is to continue working with him. He knows the Honda well, he really helps us with development and knows exactly what he needs to be fast".

The pairing with Lorenzo appeared perfect, because their opposing riding styles looked like being useful in making the RC213V more suitable for all riders. But things didn't go to plan

“Jorge is taking longer than he, and we, expected to become fast with our bike  - admits Yokoyama - But he'll be back soon and I know he'll do it. We knew his riding style and knew adapting wouldn't be easy for him, but injuries have complicated things. Every time Jorge has felt good on the bike, something's happened. Right now he's in a negative spiral, but when you get through that, something positive always comes of it”. 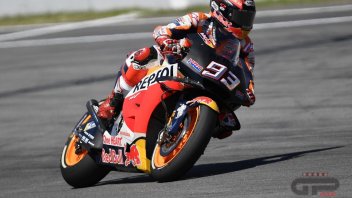 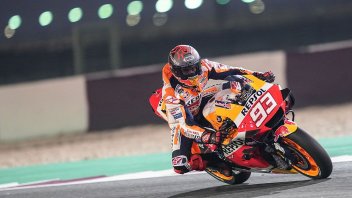 The Californian Yamaha rider took the flag alone ahead of teammate Gagne and Herrin, who beat the Ducati rider in a photo finish. Elias crashed out...
23 hours 51 min ago

Defending champion wins ahead of Scholtz and Gagne. 5th and 7th, Wyman's and Jacobsen's two best Ducatis. Elias stopped by a problem.
1 day 15 hours ago

The reigning champion started has started 2020 in the best possible way, heading his teammate Jake Gagne. Race 1 at 22:00 on Eurosport
2 days 13 hours ago

In a video on You Tube, the driver defended his reasons but confirms the end of his experience with Audi in the Formula E
5 days 23 hours ago

It was decided by the Board of Directors via video conference call. Previously the FIM-Dorna contract provided for a minimum of 13 Grand Prix. In F.1...
1 week 16 hours ago