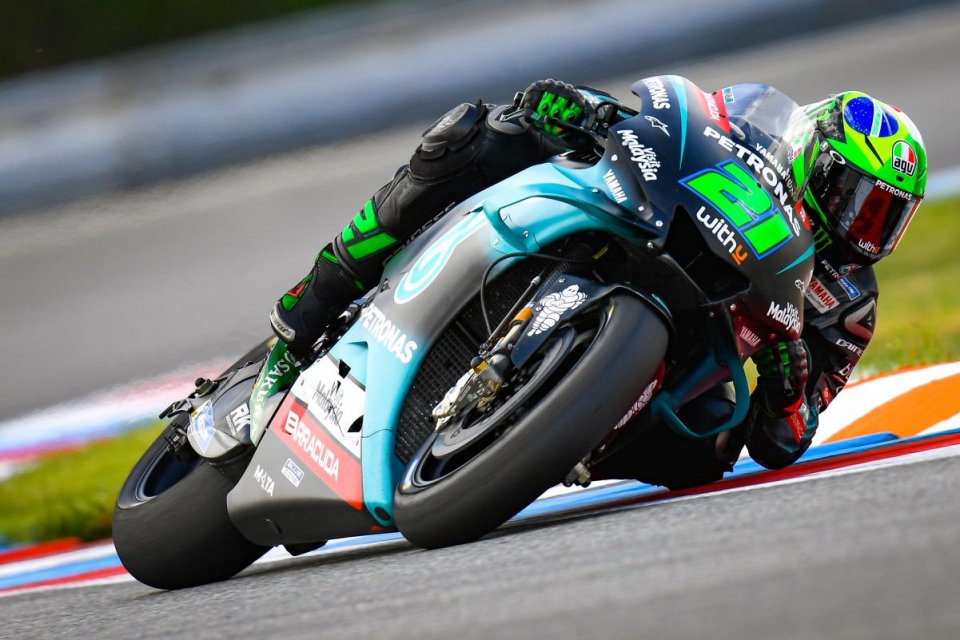 Franco Morbidelli's Friday was a positive one. In fact, n.21 returned to the track and was already fast, winning a seventh place in the combined ranking, which was more than encouraging for the weekend, in an FP2 that was rather particular, where his teammate Quartararo watched everyone from above.

"Fabio mounted a soft tire, and everything went better." Franco explained. "It was the same for me, but less. It seems like he's able to take advantage of all his potential, something that maybe I can't do. I'm working in this direction on steering and on set-up, seeking the same explosiveness he has."

In any case, Franco has undoubtedly done his duty, also given the weather conditions expected for tomorrow.

"The FP2 was similar to an FP3 today, since there's a serious risk of rain tomorrow and, consequently, everyone including me tried for the fastest lap. I managed to get into the top, ten and the seventh position satisfies me," he confirmed. "There's always room for progress, but I'm happy for now. In the FP1, I tried to understand the bike and the track, since there were lots of holes. In the FP2, I had two time attacks.”

Speaking of motorcycles, it seems like Yamaha is supporting n.21 on this track, also considering the performance of the other riders from Iwata's team.

"Yamaha is doing quite well on this track. Fabio wasn't that fast with the other tire. But when he mounted the soft one, he was, and the presence of all the Yamahas in the top ten is positive. As it often happens, we have some deficiencies in terms of top speed and grip, but we started well. However, it's also difficult to understand the general level," He concluded, "after only two rounds."