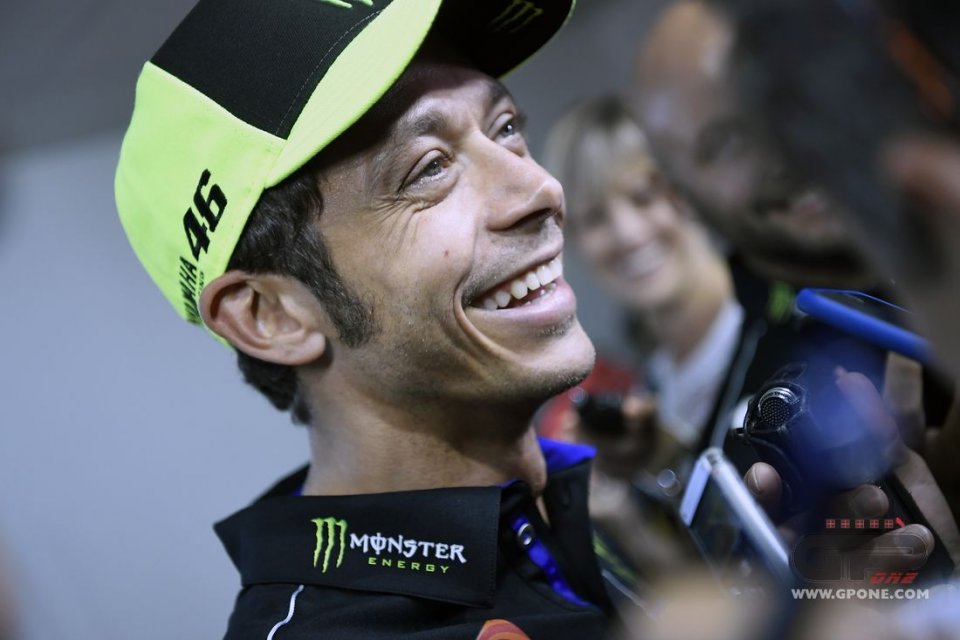 The new rumors this summer have been two: Valentino's imminent marriage or an imminent retirement. The Doctor solves the first with a joke: "I was Uccio's best man, but I didn't really feel like taking his place. On the other hand, they all complimented me on how well I did as a best man. It was my second time after Carlo (ed. Casabianca, his athletic trainer) and maybe I'll have a future in that role."

A second job because my first is being a rider.

"By now, rumors don't need to be true," the Doctor commented. "Just think of what's most sensational, and write it, then it'll seem true. On one hand, it was also fun to read all that has been written, but it was totally made up. I've never had a doubt that I'd stop racing, but even those who spread this rumor know this very well..."

It's social media, baby, and Valentino knows this perfectly. The rules of the game are clear to him.

"That's how it works now. The more bull you talk, the better ," he continued. "ust think about what people would like to read then write it. Unfortunately, telling the truth, explaining the situation, isn't important for some. They only want the most sensational news possible. Especially on the internet, where the more clicks you get, the better." After all, what more than my retirement is bigger news? But this situation is not just with me, but with everyone."

"Actually, I seem to see more of my fans waiting for my retirement " he replied. "Also, saying that I'll stop is really easy, I find it even a bit trivial."

In other words, Rossi doesn't worry about all this talk. Other thoughts are what are going through his mind.

"The problem is not the rumors, but my disappointing results in the last few races," he admitted.

From this point of view, the M1 2020 prototype he should be testing on Monday in Brno ("but at the moment Yamaha hasn't told me what there will be," he warned), will not be the panacea for his current ills.

"I can't wait for next year," Rossi emphasized. "I have to first concentrate on these 10 races that remain, and that's a lot. I'm coming out of 4 difficult GPs, especially since I expected to be more competitive, like I had been last year in this part of the season."

"The break was good. It allowed me to recharge my batteries, but when you come from disappointing results, the first few days are difficult," the Doctor explained. "I'm curious to see what will happen on Monday, but first I have to be fast in 2019."

Quartararo's and Vinales' performances from Jerez onward are proof that the M1 is a competitive bike ," said Valentino. "But I still have to find the way to drive it to the limit. I was slower than last year in the past few races. I don't think it's a problem of how I approach things, but how to find the direction."

Brno could be the right place. The track where, 23 years ago, the Doctor reached his first success in the World Championship, in 125.

"It's been a long time, but no rider forgets his first victory," he smiled. "Historically, Yamaha has always done well on this track. Last year, I started in the front row, but then I didn't have the potential to fight for the podium. Making predictions is difficult. Let's see what happens tomorrow."

Because, often, well begun is half done.

HRC at the helm of Red Bull's four-wheel motorsport operations!