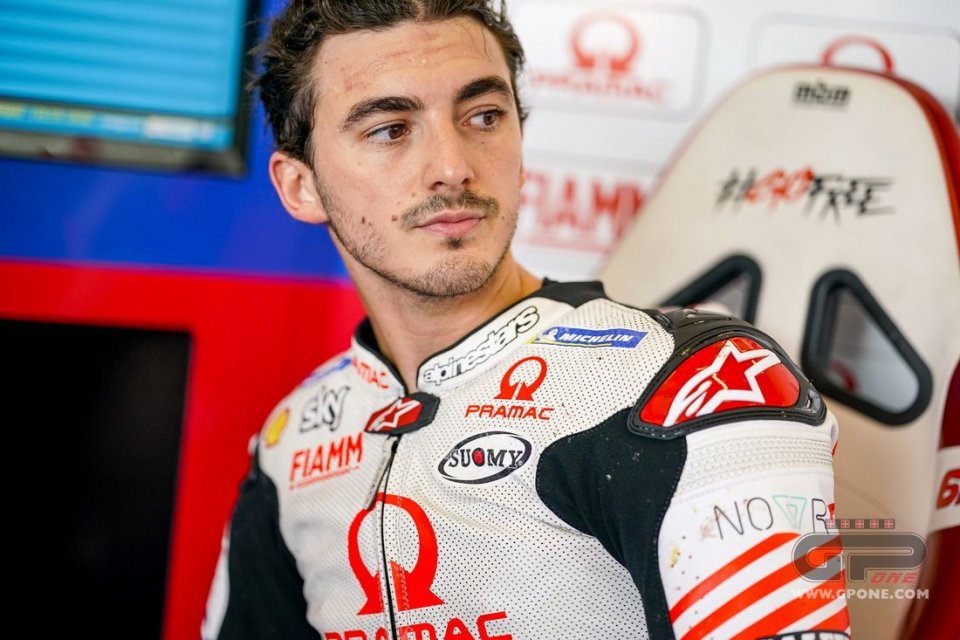 The first half of the season finished with a hard blow and pain for Pecco Bagnaia. The Pramac rider needed a holiday in order to recover both physically and mentally. "I needed to recharge the batteries, though the holiday was a little long" jokes the Italian.

You've had time to think, what conclusions can you draw?
“After a complicated weekend like Sachsenring , you have to draw a line and start over. It was a tough race, and I wasn't 100% physically or technically heading into the round."

Did you talk about it with your team?
“Yes, we've talked it through and are on the same path. I feel relaxed and confident about the work we're doing in the garage”.

You made many mistakes during the first half of the season, which isn't like you.
“Last year I crashed 6 times, tests included, while this year I'm already at double that. I'm pushing less but crashing more. This doesn't help because it knocks your confidence”.

is there a reason for the crashes?
“I started with one particularly riding style, then I modified it and this brought advantages but also disadvantages. I need to understand the situation, even if this doesn't mean revolutionising my riding style. We're talking about details, but details that make the different. I have to understand my path”.

You now have two tracks that are favourable for the Ducati, could this help?
“Brno is a track I really like, but I can say the same about pretty much all the tracks still to come. I know the Ducati is competitive here, we'll see what I can do. This track is similar to Mugello, I'd like to be fast as I was in Italy”.

What's the plan?
“As I've said, it's a point from which to start. The important thing will be to get some mileage in and finish the race, I also need to be quick right from first free practice”.

Dovizioso and Petrucci have criticised the limitations of the Ducati following the German GP. Do you think these two races are a last resort for them against Marquez?
“I think Honda has taken a big step forward with the engine, just look at the top speed in the last races to see that it's almost Marquez and Crutchlow ahead of everyone. The Honda works, at least with Marc. They complain about the front but it's incredible how fast Marquez enters the turns”.

The opposite of Ducati…
“I'm riding last year's bike but from what I can see from the data, it seems that the Desmosedici has improved in terms of the frame, but it's still difficult to make it turn. You have to force the bike to get it to turn and our rivals are able to carry greater speed through the turn. Also, the Ducati no longer has the advantage it previously had in terms of acceleration”.