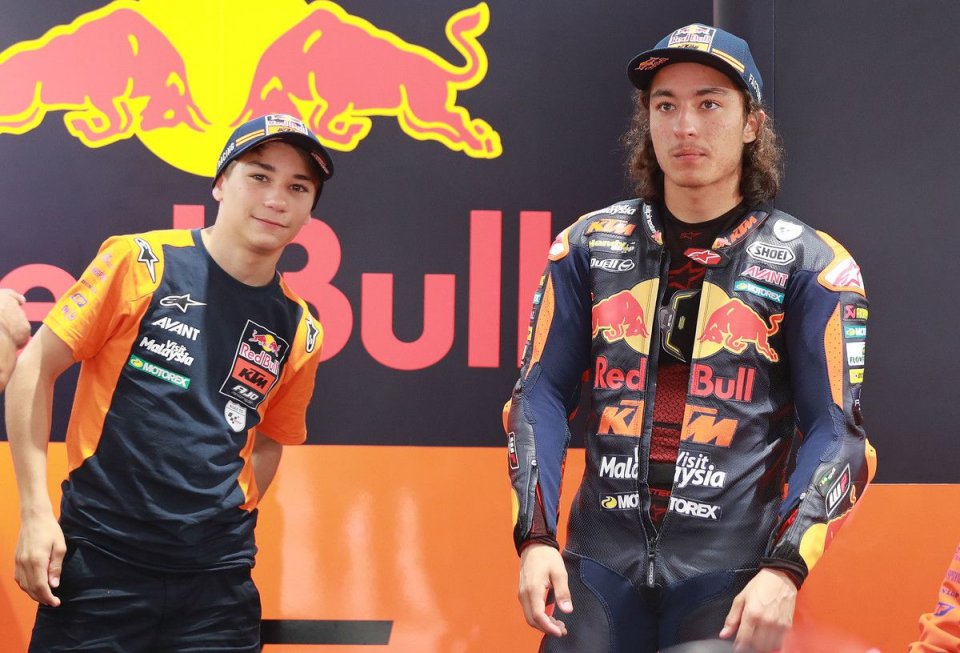 Two brothers on the same team, but we're not talking about Marc and Alex Marquez, for whom there have been rumors about their future under the same roof in the MotoGP. This time, it’s Can and Deniz Oncu, who will both be racing for the Red Bull KTM Ajo team in Brno and in Austria.

Deniz will debut in the World Championship as a wild card in the Czech Republic and will return to the grid in Austria, sharing the garage with his twin who made history last year in the Moto3 by winning in his  Valencia debut.

"Having my brother on the other side of the garage will give me more motivation," said Can.

Deniz is also happy: "Racing again with my brother is very exciting, and it’ll be nice to share the track with him.”