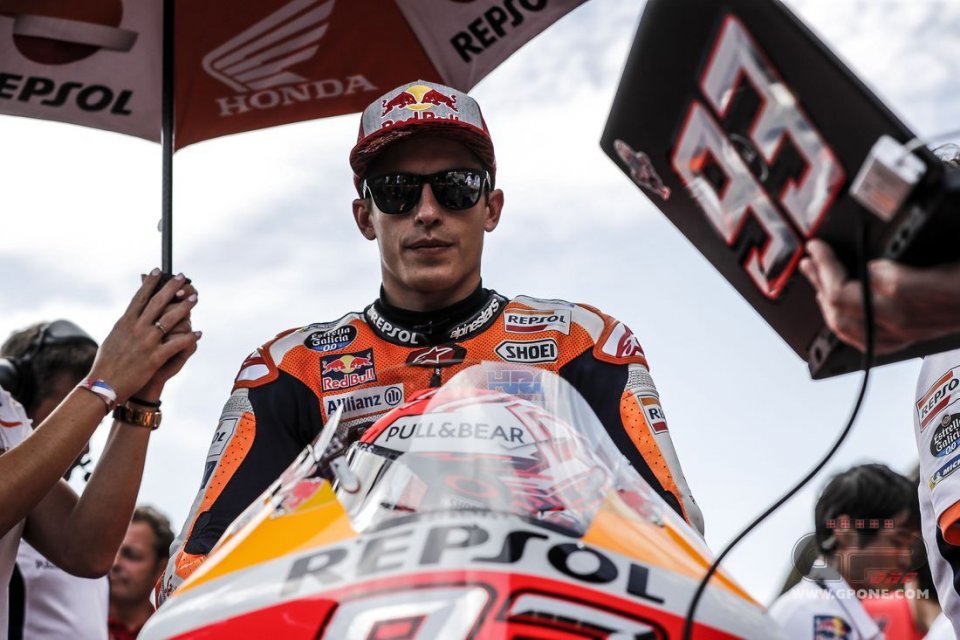 Since he's been racing in MotoGP, Marc Marquez has always been on the podium in Brno, except in 2014, the year when he had to settle for 4th place. So, to say that the Spanish rider likes the Czech circuit is obvious. Moreover, the world champion doesn't see a better way to spend the month of August than on his bike. All this, combined with his 58 point advantage in the rankings over Dovizioso, should make his opponents worry.

Actually, now they are more than used to having to deal with a really, really tough guy like Marquez.

"I'm really excited to be back on the bike. It's always nice to relax a little during the summer break, but then I started missing my team and my bike ," he confessed. "I'm ready to go back to work, and Brno is a track where racing is fun."

Of course, having fun for him means fighting for a victory.

"I finished the first half of the season really well, and I have to stay focused to continue like this ," is his goal. "Brno is usually a track where many riders are competitive, and I can't take anything for granted."

Lastly, about Lorenzo, who will be missing both the Brno GP and the Red Bull Ring.

"I hope that Jorge's recovery is going well and that we'll soon have him back on the team."

Stefan Bradl: "I'll start from what I did at the Sachsenring to progress."

Test rider Stefan Bradl, already in action with the official German team, will again be taking the place of the rider from Mallorca.

"Of course, I can't wait to get to Brno, and it'll be great to be in the Repsol Honda Team once again because I really enjoyed working with them at Sachsenring, " said Bradl. My goal is to continue where I left off in Germany and progress on the bike. I'm glad to have this opportunity again, and I want to thank the team and HRC. Obviously, I wish Jorge the best for his recovery and want him to come back strong."