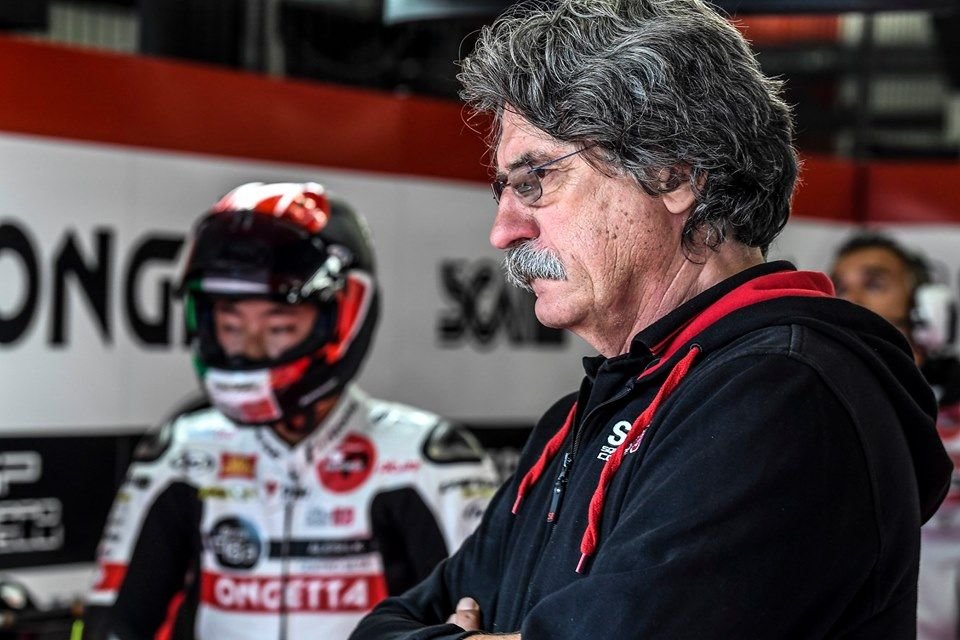 Paolo Simoncelli couldn't miss out on the presentation at the Misano GP. The circuit commemorated its native born rider, and it's one of the places where Marco began his life in the world of motorcycles. Paolo is from Romagna, and he undoubtedly embodies the spirit of that region, which will be welcoming fans and sector professionals to Misano.

“It's always a pleasure to present the Misano Grand Prix ," began Paolo. "An important event for the Romagna Riviera , since it's a challenge for teams like ours but a pain during the race week because people go a bit crazy, and we're all stressed out. Marco started in Misano, but I remember that when he first got onto a mini-moto for the first time, I had already stopped riding."

What is the event linked to the Grand Prix that most evokes memories?

"The thing I like to remember most about the whole set of events is Spurtleda, which Marco's friends organize every year, always giving something to the foundation which is creating really interesting things."

Let's talk about your team. With what spirit are you facing the second part of the season?

"We're starting off again aiming to win. Antonelli promised me six victories by the end of the year, so I'm relaxed. So far, we've been playing a leading role, but I'm angry because we were supposed to do better. Honestly, I think we could win every Sunday in terms of potential, but we've only won one race so far, and that's not good. The riders are those on the track, so we can only give them the best and let them emerge. If this weren't so, it would be too easy."

What if he can't keep his promise?

"He'll try again this year. I haven't yet thought at all about the riders market. I'm keeping on the sidelines and, honestly, I wouldn't mind continuing with these riders."

So Suzuki would be confirmed as well.

Having Tatsu with us is nice, since he often shoots his mouth off like Marco. At first, I tried to force myself to speak English with him but, after a week, he already knew Italian."

Let's change the subject. In your expert opinion, what do you think Rossi's future is going to be?

"Time passes for everyone, so he'll have to deal with it. Obviously, he can't retire in mid-season, and he has to take that into consideration."