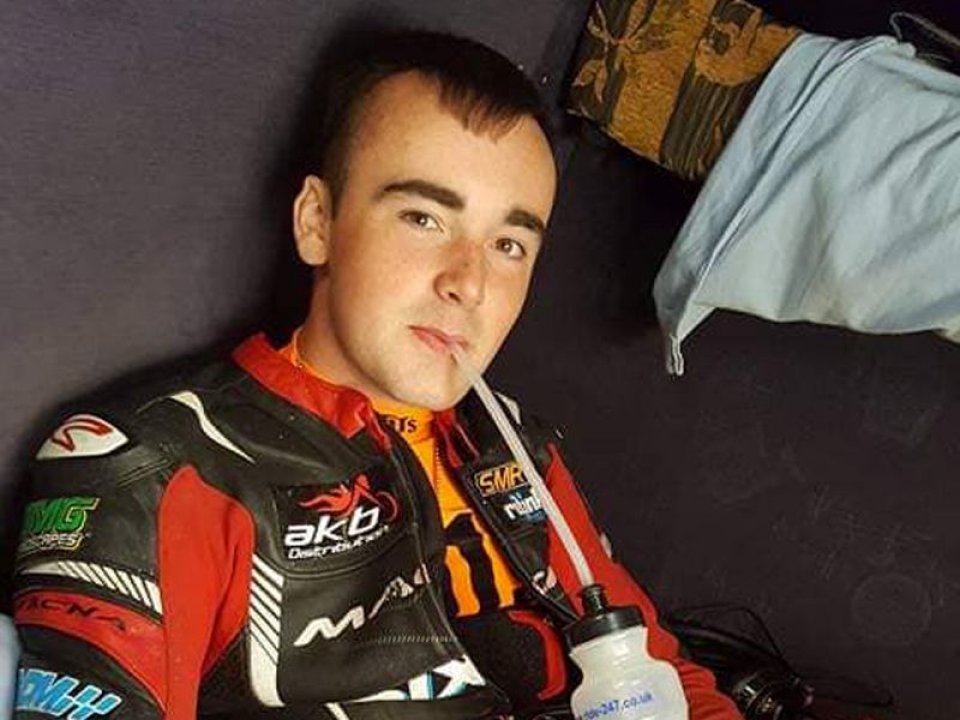 Last Sunday Aaron Clifford suffered a terrible accident during the Superstock 600 class warm-up at the Snetterton BSB round. The 19-year old Irishman has been put in an induced coma.

The family has released an update as to Aaron's condition, which is evolving but remains serious.

“As you all know by now Aaron was involved in an accident during the warm up lap of the National STK600 race last Sunday. He was attended track side by the BSB medical team; they put Aaron into an induced coma and he was then airlifted to Addensbrooke hospital.

He has a number of serious injuries:
He has a serious head injury
Both of his cheek bones are broken
His left lung is collapsed
His sternum is broken
He has multiple broken ribs
His left wrist in broken
His right arm and wrist is broken
His left femur is broken
His C7 vertebrate is broken- this is located in the neck.
He also has a dislocated pelvis.

After the first 36 hours they set both arms temporarily to help alleviate pressure on his body to heal as his head injury was a major concern at this point. They then done a temporary procedure on his femur. This was shattered and required pins and two steel bars on the outside of the leg to hold it together. Again this is temporary and just to alleviate the pressure on the body.

When he is in a better position he will have to have a surgery on both arms where they will use plates and screws to fix his breaks. He will also have surgery on his leg. This will require a steel rod through the bone to hold the femur together.

On Wednesday night he was brought to theatre for emergency surgery as he took a bad turn. He was then moved to Royal Papworth hospital to put him on ECMO. This is a machine which bypasses his lungs. It takes the blood from his body, oxygenates the blood and removes the carbon dioxide. This was done as he didn’t have enough oxygen in his blood and too much carbon dioxide. The surgery and first 24 hours were extremely dangerous and we are very glad to be through them.

He currently has a good level of oxygen and carbon dioxide in his blood. The pressure in his brain is at an acceptable level. That been said he is still Critically ill, in an induced coma and completely medically paralyzed in the Critical Care Unit.

This is going to be an extremely long and difficult road for Aaron. We will update you as he makes progress. We would like to thank everyone for all their kind messages and prayers. Also a very special thank you to the BSB medical team and the Air ambulance. We are absolutely overwhelmed by your support but it’s not possible to reply to every message.

Thanks Kenneth, Michelle and family.

Gino Rea's condition improves: now he is breathing autonomously and...