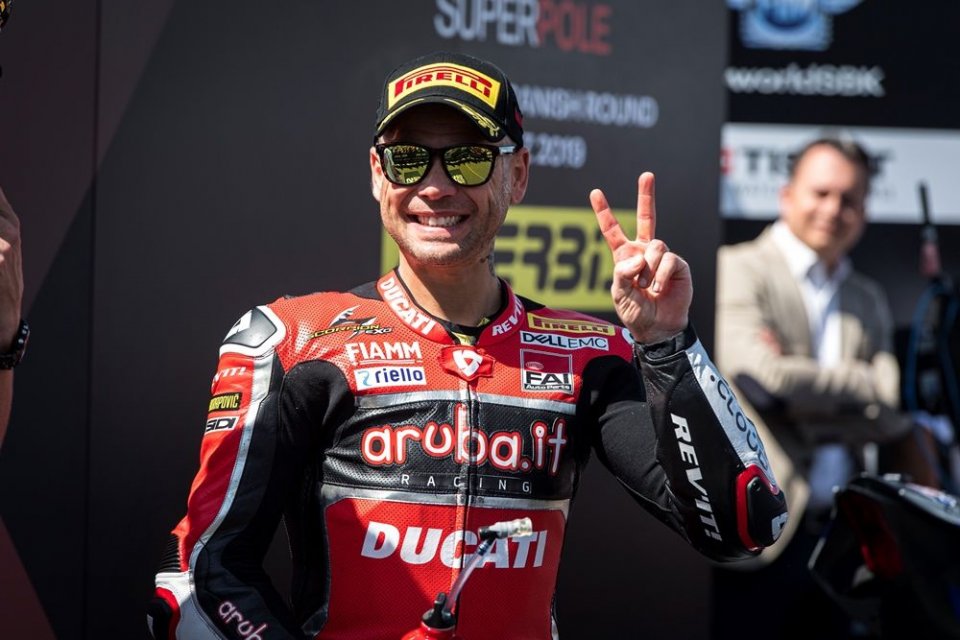 Alvaro Bautista has given rise to some debate these days. Not only related to his future that, as we all know, is sought-after by Honda for 2020, but also for having opened the doors of the Superbike to a rider who is currently engaged in the World Championship.

We're talking about Valentino Rossi who, in just seven days, will be back on the M1 at Brno. Until now, the Doctor's season has been one to forget. Besides his first podiums in Argentina and Texas, n.46 has literally disappeared from the radar, to the point of having sunk to the bottom of the championship rankings.

Given his recent difficulties, Bautista wanted to lend him a hand, presenting him with an original proposal: "I'd like to encourage him to come to the Superbike," he said, speaking with Radio Onda Cero."This is a Championship with a much more relaxed environment in the paddock. It would be fun if Vale were also there because, when on the track, you have to come up against several strong riders. Your victories have a special flavor, since the competition increases."

Regarding this issue, as we all know, Valentino has a contract that's expiring with Yamaha at the end of 2020. At the moment, no one knows what the plans of the nine-times world champion are for the future even if, on several occasions, he declared that he wants to try his hand at driving on four wheels, once his adventure in the World Championship has ended. A "second life" for Rossi seems very complicated in the Superbike world championship.

As we said, this 2019 is putting a strain on the rider from Tavullia. And even the Ducati rider didn't miss the difficulties encountered by n.46 in this first part of the World Championship. "It's difficult to judge from the outside," added Bautista. "You might think it's one thing, but then it's another. Only he knows what the problems are. Every rider knows the reasons and problems he has when he’s not able to be competitive."