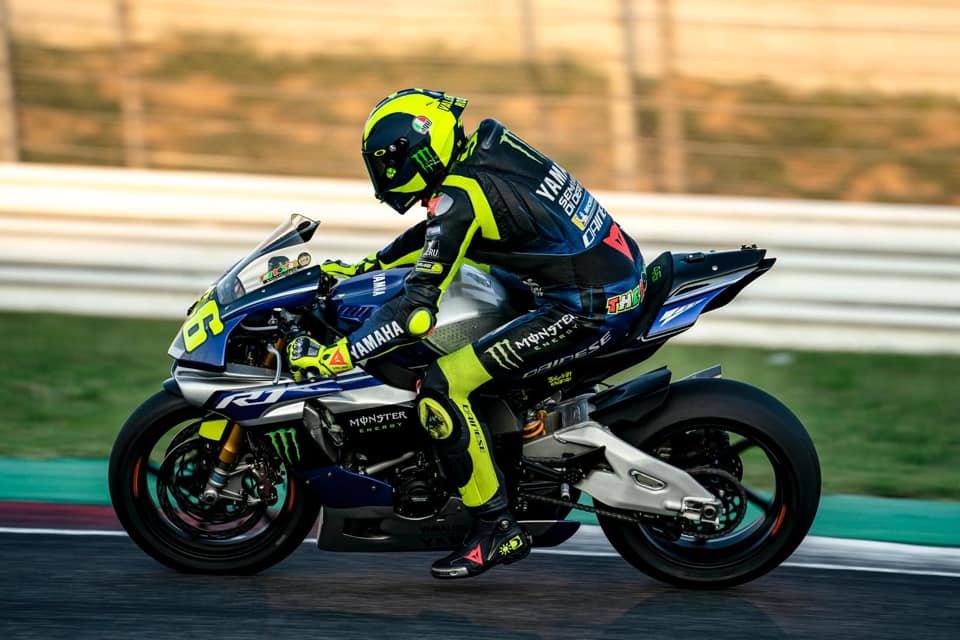 Until a few days ago, we saw him with his girlfriend and friends enjoying a well-deserved break between the sun and sea. But, even for Valentino Rossi, all things come to an end, as do the summer holidays.  The Doctor was back in action today riding the Yamaha for a training session on the Misano track.

And with him, were the kids from the Academy, with whom he shares weekly training sessions. Much has been said in the past month about the Doctor's future, also thanks to the first part of the season, which should be forgotten. Some think he's going to announce his retirement at the end of the season, anticipating the contractual deadline that binds him to Yamaha till the end of 2020. Both fans and professionals in the field have lots of question, curious to know what road n.46 will take.

The fact is that Valentino doesn't have the slightest intention of giving up, and he's back on track with temperatures well above 30 degrees, confirming his ambitions but, above all, the desire to redeem the first part of the Championship, with its bitter aftertaste. The only consolation he has are the podiums in Argentina and Texas, but they were then followed by the debacle, from Mugello to Sachsenring.

In a week, in Brno, the lights of the World Championship will shine again, and the nine-times world champion will certainly not want to be unprepared. But there's another appointment before the round in the Czech Republic. Not on the track, but in church. Sunday afternoon, his inseparable friend, Alessio Salucci - aka "Uccio" - will be getting married in Tavulia, and Valentino is going to be his best man. It'll be his last chance to pull the plug and enjoy a carefree day, then back to thinking about his Yamaha and a 2019 that needs a sudden change of course.