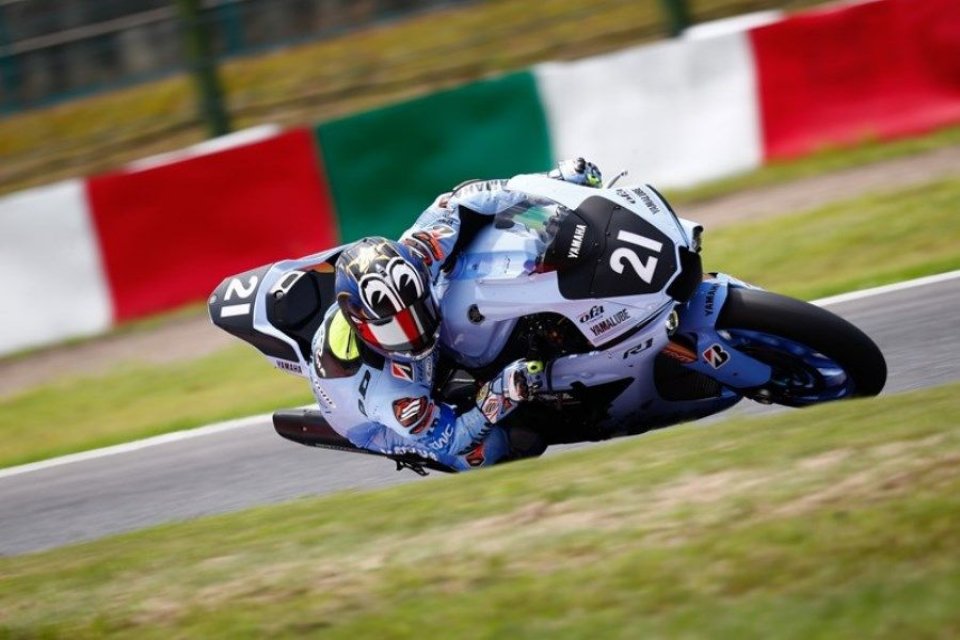 It was their last chance to sharpen their weapons for Friday's qualifying, which will be followed by the Top 10 Trial on Saturday morning that will outline the starting order. In the free practice session on Thursday at Suzuka, Yamaha's response arrived punctually and was able to set the competition straight.

Thanks to Nakasuga, author of the day's 2'06"798. The Japanese rider's R1, along with Alex Lowes and Michael van der Mark, responded to Takahashi's super time on his Honda Wednesday, knocking down the 2'07" time. A clear message was given by the Honda riders, in action with an unprecedented livery that echoes the historic Tech21.

The Yamaha attacked, and Honda certainly didn't just sit back and watch. In fact, it had two Fireblades in the first three places. The best was the French riders' FCC TSR (+0.380) who, at the roller coaster, were called to the recuperate the 23 points that separate them from the top in the World Endurance classification. Then there's the official CBR HRC (+0.432), which was almost half a second late. They worked on the flying lap but, above all, on the race pace and strategies since, at the Suzuka 8 Hours, being fast is not enough to win, but you have to interpret and make the right choice between refueling and pit stops, almost as if it were a Formula 1 race.

As for the top teams in action at the roller coaster, the Kawasaki of the Rea-Haslam-Razgatlioglu trio must, instead, deal with a gap that exceeds one second (+1.029). The trio, with the Cannibal at work, is still looking for the right confidence, having to settle for a fifth time behind the Yamaha YART and Niccolò Canepa.

The rider from Liguria and his teammates are playing on their last hopes for the Endurance world championship at Suzuka where, at the moment, Kawasaki SRC's French riders are in the lead. A not-so-easy start for the current Championship leaders, only fifteen hundredths of a second over three seconds from the top.

At the upper echelons, there is space for the HARC-PRO Honda, with Mizuno, Aegerter, and Forés, followed in seventh place by Yoshimura's Suzuki, with Guintoli. Beyond the 30th,is Andrea Grillini's Suzuki from the GSM team.

Tomorrow back on the track for qualifying. 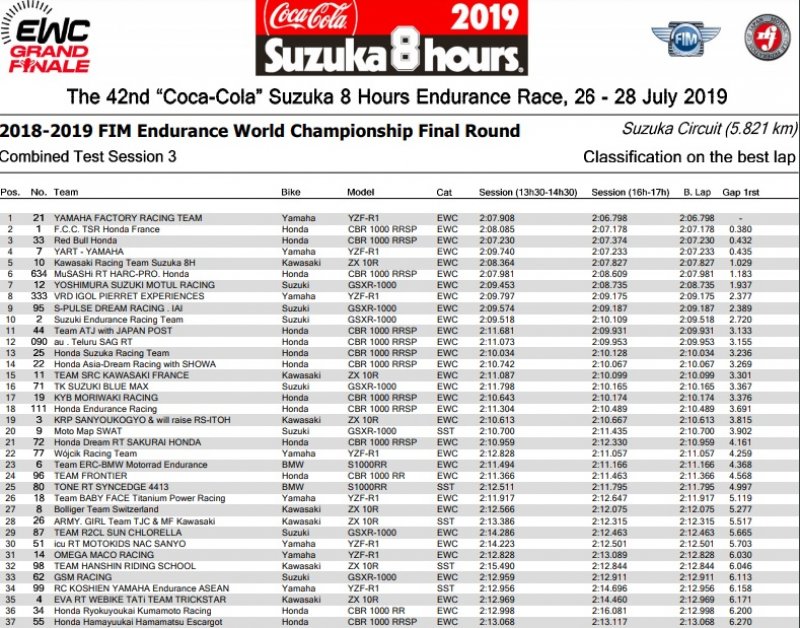 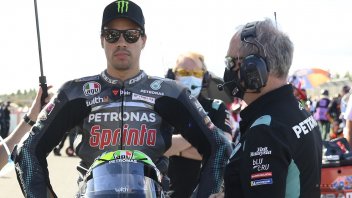