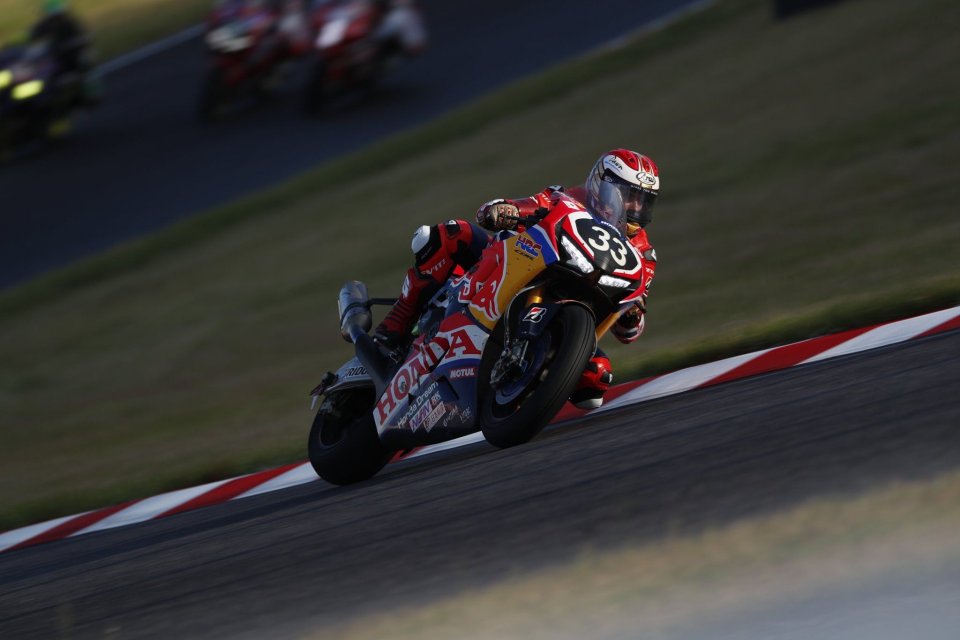 The challenge has begun. With the first two free practice sessions on Wednesday, the curtain raised on the 42nd edition of the Suzuka 8 Hours. The final event of the World Endurance Championship, which takes place in the Land of the Rising Sun, has exalted the qualities of the Honda HRC on the first day. Hats off to the performance of Takumi Takahashi's Fireblade, achieving a super time of 2'06"670. No one managed to come close to the Japanese rider's performance, let alone break down the 2'07" wall.

Takahashi who - in action along with his teammates, Bradl and Kiyonari, trimmed a good nine-tenths from the Yamaha of the Lowes-Nakasuga-van der Mark trio (+0.913) - dreams of the fifth consecutive center after having dominated the last four editions of the roller coaster. At Yamaha, the spotlight is mainly on the Dutch rider who, as we remember, missed the previous tests due to the serious wrist injury he suffered at Misano.

We're only at the beginning of the appointment in Asia, but Honda has immediately shown its competitiveness, since there are three Hondas in the first five places. This is the case with the HARC-PRO that, thanks to the qualities shown by Mizuno, Forés, and Aegerter, stands out in third place (+0.946), followed just 30 thousandths by the French FCC TSR that dreams of the world title at Suzuka despite the 23 point gap from Kawasaki SRC.

The current leaders of the Championship were not able to go beyond 20th place at the end of the morning, taking five seconds off the top. But the priority was not getting a time on the flying lap at all costs, but to focus more than anything on the strategy. Remaining with Kawasaki, a sixth time was recorded for the squad formed by Rea, Razgatlioglu, and Haslam (+1.749) who dreams of bringing the ZX-10RR in front of everyone on the Asian track. The trident involved in the World Superbike Championship was preceded by the Yamaha YART, with Niccolò Canepa in action for the occasion.

In the afternoon session, he was the FCC TSR reference, ahead of Rea's Kawasaki, but his times didn't improve as compared to the morning. 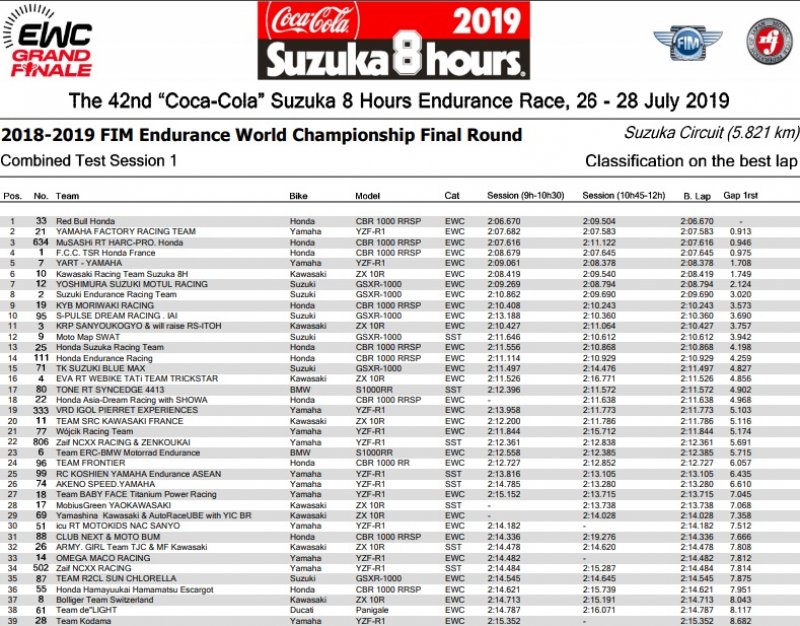