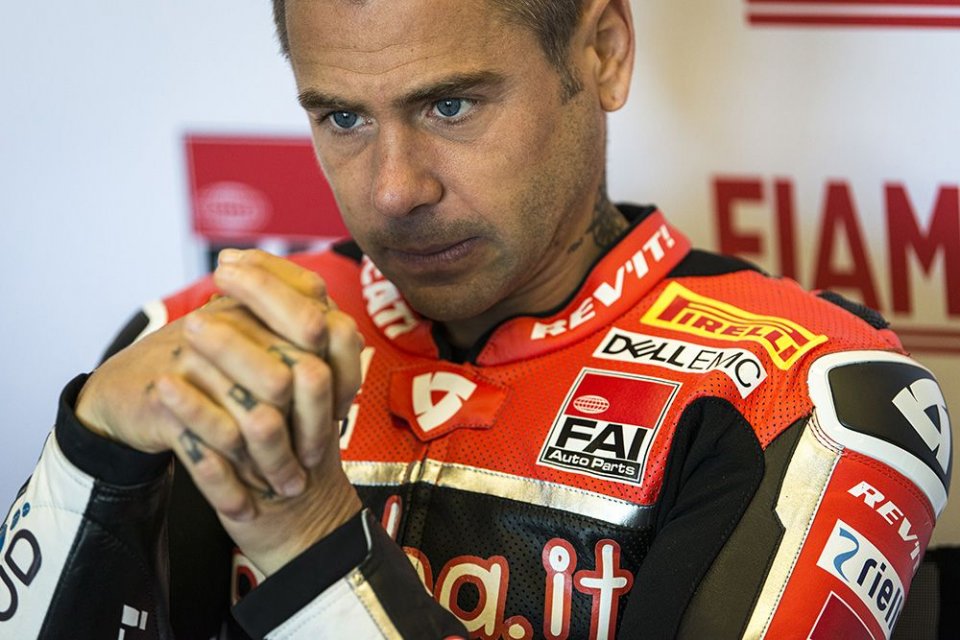 There's always some kind of new craze during the summer, whether its with music or motorcycles. This year, the latter includes Bautista's renewal with Ducati. The Spanish rider and the Italian motorcycle had a fantastic honeymoon until Jerez, then things started to change. If just a few weeks ago the SBK title seemed to belong to those at Borgo Panigale, now achieving it will be very difficult, if not almost impossible.

Ducati is an expert in this back and forth game. The recent cases with Petrucci and with Dovizioso last year are two examples but, with Alvaro, things are getting interminable.

The first serious meeting regarding the renewal was held during the SBK race at Misano, then Bautista's manager (Simone Battistella, who is also Dovi's) presented a counter-proposal to Ducati's top management at the Sachsenring, a couple of weeks ago during the MotoGP weekend. The answer is still pending.

At Borgo Panigale, they know they have the upper hand, at least for now. Alvaro's recent results don't help the negotiations, but the Panigale V4R is the best option on the market for him. The bike is competitive, and continuity for a rider is always an added value. One might also think that they're biding their time to cut corners a bit but, by pushing it too far, they could go overboard.

In fact, Bautista has no concrete proposal to put on the table and back him up, but things could change over the next few weeks. They've spoken several times about Honda that wants a top rider for its comeback in the SBK, after this season of, so to speak, apprenticeship.

The Japanese, however, follow their own pace. The heir of the CBR is ready, and the Japanese test riders have been riding it for months, but the 2020 project has still not been defined. This means that there's lots of talk but very few facts, which is what the rider needs to be able to decide. As usual, Honda has been concentrating on the Suzuka 8 Hours these past few months, a race that means a lot to the Japanese manufacturer. Once this is over, it'll be ready to lay the cards on the table.

This obviously means that Alvaro's manager has already been in contact with the HRC, but with nothing tangible. And this is where we're talking about a clear-cut offer, with technical guarantees regarding the bike and the team.

So, for now, Ducati can sleep peacefully, keeping the Spanish rider waiting a little while longer. But it has to hurry because Honda could attack early and, in that case, the scale could tip the other way.

Bautista is still the rider who won the first 10 races of the season and is valuable to the market, the most valuable after Rea. If Honda wants to comeback in style, Alvaro would be perfect, and the team has all the resources (economic and technical) to make any rider happy.

Ducati could decide to be picky, but it better be quick about it. Logically, a plan B would be possible (Redding?), but we can't forget that, on the Ducati, Bautista did what many riders have unsuccessfully tried to do in recent years.

The summer break begins now in July, but not for everyone.

Thar she blows! Honda inspired by Ducati and ... Moby Dick!

This is the last act: the Suzuki Racing website closes. It is unclear why Suzuki does not want to turn it into a page commemorating the many...
1 day 4 hours ago

THE 2023 CALENDAR MotoAmerica, the American series, will have to do without Danilo Petrucci this year, who has decided to continue his career in...
2 days 21 hours ago

THE 2023 CALENDAR The Suzuka 8 Hours, valid for the FIM World Endurance Championship, will take place in 2023 one week later than originally planned...
4 days 5 hours ago