It's vacation time for MotoGP, but also a good opportunity to draw some initial conclusions. With nine races already run, the market is starting to heat up and every rider is judged on the results achieved so far. Franco Morbidelli has finished five of the nine races in the top ten, but his desire to do better combined with a team-mate like Fabio Quartararo mean that the Italian is keen to get back on track and prove his worth.

Franco, how would you judge your first half-season?

“I think I deserve a 7.5 so far. We've been quick but not consistent. I'm eleventh in the standings and think I deserve to be able to fight for better results, but I've made some mistakes that I should have avoided. Perhaps we don't have what we deserve then, but the fight from sixth place up is a hard-fought one, I hope to improve my situaition over the second part of the season”.

How hard is to fight for positions and points behind the leaders?

“There's a large group able to fight for the positions tha count, and it's nice to be part of it. The championship positions change after every race - I've fought with riders who've scored podiums and wins, and in this situation the details make the difference, and that spurs us on to work harder".

And your best race so far?

"Assen, without a doubt I'd say, but things went well in Argentina too, I was fighting for the podium”.

And how are you adapting to the M1?

“It's going well, we just need to understand a few things in order to be comfortable in all conditions. I'm working well with the team, I feel that they listen to me and there's a positive atmosphere, these are all important aspects that allow me to work in the best way”.

Where would you like to improve with a view to the next races?

“In terms of the bike, I'd like to improve the grip in acceleration, which is definitely our weak point and one we need to focus on. The team is working hard to improve and Yamaha is very supportive".

Goals for the second part of the season?

“The figures tell us that I've often done better during the second half of a season. In 2016, I was first and second in terms of points in the second half of the season, while the year after I won the title and there are many tracks I like, such as Misano and Sepang, which will be a special race for the team. I don't see why I can't think about the podium, but for now I want to use the holiday to concentrate on my weak areas and recharge my batteries, something that's easily done on the beach”. 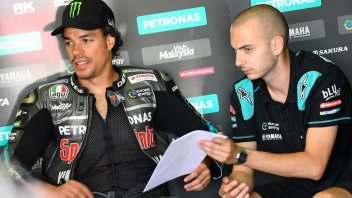 Morbidelli: “A Friday to remember, but things can change” 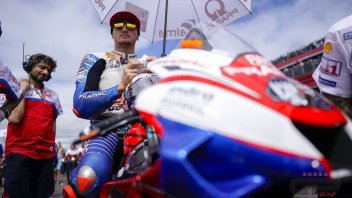