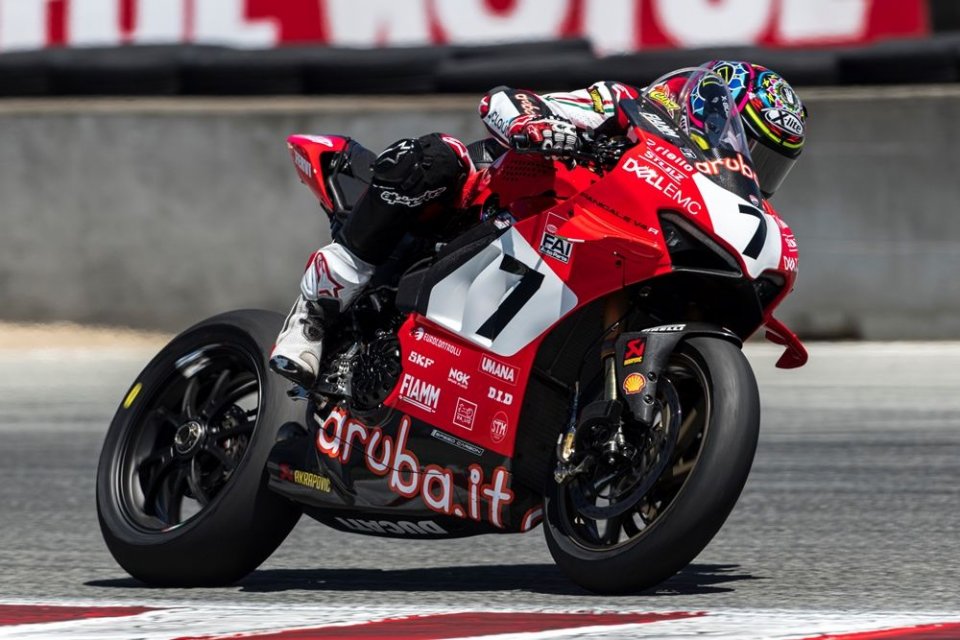 What a relief for Chaz Davies. Saturday's podium was already a confidence boost but a return to winning ways is something else. Sunday's victory had been long sought-after by the Welshman, and puts an end to perhaps one of the toughest moments of his (recent) career.

“Sixteen months without a win is a long time, especially when so much has happened in the meantime. I know how it feels on the bike when you're winning or close to winning, you push to the max, to the point that you almost feel like you'll crash at every turn but you don't. That's what I was missing with this bike, I've had to fight many times and perhaps I wasn't quick soon enough, but we're here now. I've stayed motivated and, if you remain focused, the results come soon or later”.

“At the start of the year, when Alvaro was winning so many races, it was hard to complain. It's hard to say something when your team-mate's dominating, you can only focus on yourself and try to improve step by step”.

As for the race, Davies admits that the win was far from a given.

“I didn't really expect to beat Rea, as his pace had been really strong on Saturday with the hard tyre and I didn't know if I could match it by simply putting in the harder solution. We had to make some changes to the set-up to make the most of the hard tyre, nothing drastic, just what I needed to feel as comfortable as possible”.

Laguna has helped the Welshman, but the track isn't the main ingredient when it comes to this rebirth.

“Laguna is definitely a favourable track but after Friday's first practice, I didn't think I'd be much quicker than at Donington or Misano. But we then made that decisive step forward that allowed us to improve".

Chaz is smiling but remains analytical, both regarding himself and the overall situation.

“I don't think I've changed that much in one weekend, I'm still the same and gave 100% in every session. It's the details that can change the situation, we made some big steps between Friday morning and the afternoon session and that's what allowed us to go from fifth to fighting for the win".

Joan Mir: "If you're not focused, it's better not to put your...