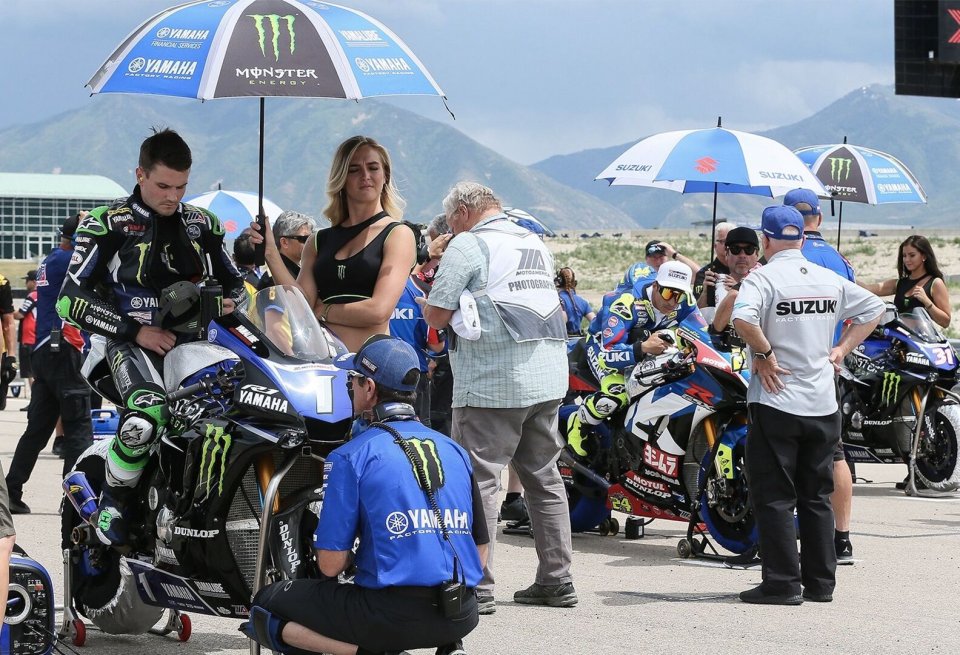 It looks as if Toprak Razgatlioglu is at the centre of the Superbike riders' market right now.

It's only natural, the rider having scored his sixth podum of the season at Laguna, the eighth of his career so far.
Everyone likes him. If we then add the fact that we're talking about a well-mannered, almost shy young man who never raises his voice and seems happy to develop gradually, you get the picture.

Kenan Sofuoglu, as well as being his manager is also his mentor, and so it's understandable that people want to keep him in Kawasaki, in team Puccetti's orbit, so that he doesn't have to deal with a wild beast like Rea.

On the other side, Jonathan is happy to have Leon Haslam on the team, and has said so, the pair getting on and sharing ideas regarding development... and Haslam doesn't represent a problem for him on track.

For this reason, it looks unlikely that Toprak will move up to the factory team, despite being the logical choice. The Turk is also a Red Bull rider, while the greens are sponsored by Monster. A small problem but not an important one, considering Sofuoglu's relationship with the energy drink boss Dietrich Mateschitz.

The factory team currently looks to have only one place available, that of Alex Lowes. That's if Alex doesn't complicate things by winning the 8 Hours again, because in that case it would be difficult to let him go.

Another man interested in this ride is Cameron Beaubier, who is not particularly young at 27 but who, having won the MotoAmerica no three occasions, in 2015, 2016 and 2018, would like to move to Superbike and do so with the support of the powerful Yamaha USA, willing to contribute to the significant salary he already receives.

Also because it's almost certain that Yamaha-USA will reduce its commitment in MotoAmerica.

"MotoAmerica was created to encourage the growth of our riders - explained Wayne Rainey, the former boss of the American series - but due to the different regulations and different tyre suppliers, it's hard to assess our riders against those in Europe".

Cameron is keen to return to Europe. Currently second in the US championship behind Tony Elias. As you'll recall, after taking part in the 2007 Red Bull MotoGP Rookies Cup, Beaubier was selected to take part in the Red Bull MotoGP Academy. In 2008 he competed in the Spanish CEV 125cc and in 2009 he completed a full world 125 season. He didn't set the world alight, but do you remember who his team-mate was? None other than Marc Marquez!

Cameron finished fifth from last, with just 3 points, Marquez eighth with 94... but he was 17 years old and Marc' talent probably masked the less than exceptional performance of the bike. His manager Bob Moore is working on it, and let's not forget that when Ben Spies made the move to Superbike - veni-vidi-vici - he was the same age as Beaubier.