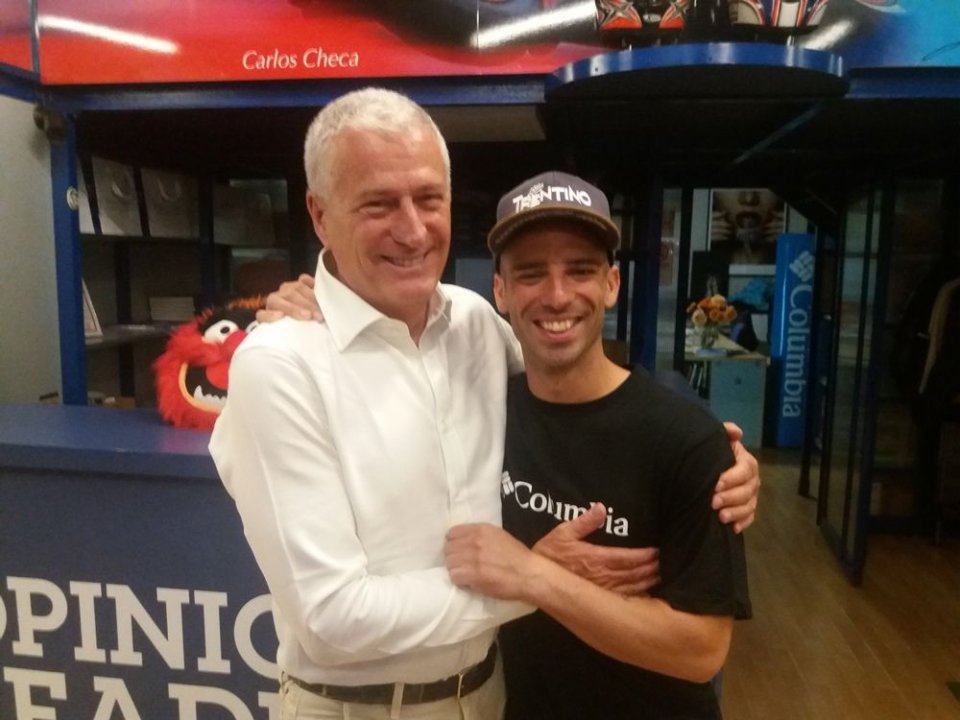 There's a friend of Melandri's who called him Jesus. We're talking about Alberto Vergani, he who followed him in the racing world for over twenty years. Together, they shared joys and disappointments, but never gave up. Tuesday, July 9th, was undoubtedly a special date, also for his manager, who comments this news with regret.

"Behind every change, there's an improvement," began Vergani. "When you come to a decision of this kind, it means you've thought about it and thought it out well. A winning rider doesn't accept to do get less results than those expected, so you realize that it's time to leave. I was once talking to Agostini, and he told me that there was a moment in his career where certain things weren't easy for him, and he listened to himself, understanding that the time had come.”

Vergani, is there something that you remember most about your experience with Marco?

"I'm thinking of the 2005 season, fresh from a complicated 2004. Nobody wanted him, and I told him to call Fausto. Gresini told him that if he hadn't taken Pedrosa, he would have bet on him. At that moment, a light turned on in Melandri's head. He had the motorcycle client, Gibernau, the official one, but despite this, he finished second in the World Championship. That will remain an incredible year, starting from scratch and being a total outsider. With Hayate, we looked like we were desperate and, instead, the results were satisfactory."

Was there ever a time when you argued and were close to separating?

"Never. I never argued with anyone, and I even like those who are unjust with me. All you needed with Marco was one look, and words were not needed. I enjoyed the difficulties with him. I still remember when Kawasaki closed, and Melandri thought I was kidding. However, within a few months, we were able to start over again. However, he had asked me to find a Honda but, following my philosophy, I told him to see the opportunity in the problem. Once he tested the ZX-RR, he told me that it was not bad and then demonstrated its potential. I still remember when a Ducati mechanic told me that maybe they should have done some soul-searching after having lost him. That year, we got out of a hell hole, also thanks to Carmelo's contribution."

What is instead your biggest regret?

"We got to the right place at the wrong time very often. I remember BMW, which hadn't won for six years. Then Marco arrived, bringing the bike to success and, despite this, they decided to close. It's as if you're steering left, and the car goes right. His was an important career, but he failed to get what he deserved."

Do you feel a bit empty after today?

"No. Actually, I have to say that I already knew it. I asked Marco in Aragon if he still wanted to continue, and he replied that he didn't know. Then, on Saturday in Misano, he called me and, in the evening, he told me he was going to quit. He also added that he still wanted to wait two races, given that the tracks were favorable for his qualities, but he had already made his decision."

What word would you use to define Melandri?

"Marco is exceptional. He is too sensitive and very intelligent, and all this leads him to reason a lot, making him exaggerate his sensations. He's also very cryptic and, at the same time, intense."

"Casey's was a crime. He had the contract in his pocket and considered it a premature choice. The last time I saw him, he told me that maybe he had been nuts in doing what he did. Marco, on the other hand, is starting first on the grid, after having come a long way, as if he were in a game of Monopoly."

Who will be the new Melandri?

"Hard to say. I'm convinced of having won lots of challenges with him, and now it's happening with Danilo, who is proving to be really competitive. Last year at the Sachsenring, Puig told me: "When you talked to me about Petrucci, I thought you were crazy, Alberto. Maybe Danilo won't have Marquez's talent, but he is a rider and an incredible worker, like few others are." These words pleased me also because Danilo is now demonstrating his potential and Honda in Superbike asked of him for 2020."