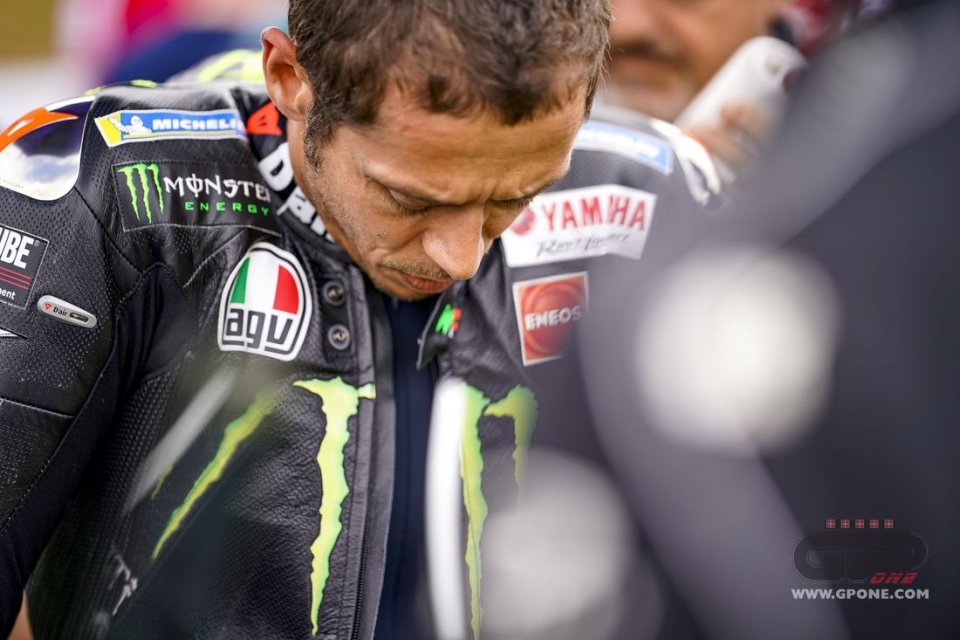 The increasing number of days since his last win and at the same time his increasing age... two topics that Valentino cannot get away from. Particularly after a race like Sachsenring, in which he sailed around mid-field.

“It's only normal to ask certain question when my situation is as it is. I confess that I'm asking them too, I started asking them ten years ago, so imagine now! - he laughs - I'm 40, not only the oldest 6 or 7 years older than the second oldest”.

The Doctor doesn't see himself as Peter Pan, for whom time never passes, but this doesn't alter the fact he wants to race.

“There are things that only I can feel and I'll know when I don't want to race any more. A lot depends on the results, if we can't solve our problems then continuing might become a problem. But ten years ago, I made a choice. I could retire as a winner or continue to race because my passion was great. I'm pleased with the decision I made”.

But it's more than two years since he won.

“I don't like it of course, but it already happened in the past and I was able to be competitive again. If I consider never winning again? I've won 80 MotoGP races, I'd say that's not a bad result, it can be OK."

Valentino would like to add to that number of course. He doesn't see his age as a problem.

“You know the problem today? I was 20 seconds slower than my race time of last year.  We're not talking about 5 years, but 12 months. If all the other riders had improved by 20 seconds and I hadn't then it would really be over. But I assure you that I don't struggle to find the will to race and my focus and motivation remain unchanged. Sure, it would be great to battle Marquez on equal terms, but it's not possible and I have to focus on what is reality”.

Which is his worst ever start to the championship. Never before has Rossi scored just 80 points in 9 races.

“Not even in Ducati? Are you sure? Up until Le Mans I was going well, then came three zeros. In the last four races I've scored just 8 points, it's easy to explain this result. Last year I was on the podium four times in five races and I was already old, already 39. There's something else that's not right. I can't get on with the bike as it is”.

Rossi refers to the setting.

“I don't exactly what isn't working, I don't know the cause but I am unable to exit the turns as I want. This year, on the M1 we need to use a totally different set-up compared to 2018 and Morbidelli and I find it harder to do that, while Vinales and Quartararo are getting on better. I can't ride the Yamaha as I did last year”.

So where does the problem lie?

“We will use the break to recharge the batteries and also study the data and analyse the situation. We need to understand."

Some say the Doctor is thinking of making changes to his team, as he did 6 years ago when Galbusera took the place of Burgess.

“I want things to work with this team, I get on well with them. With Silvano I fought for a title until the last race and finished 2nd in two other championships. We can still do it”.