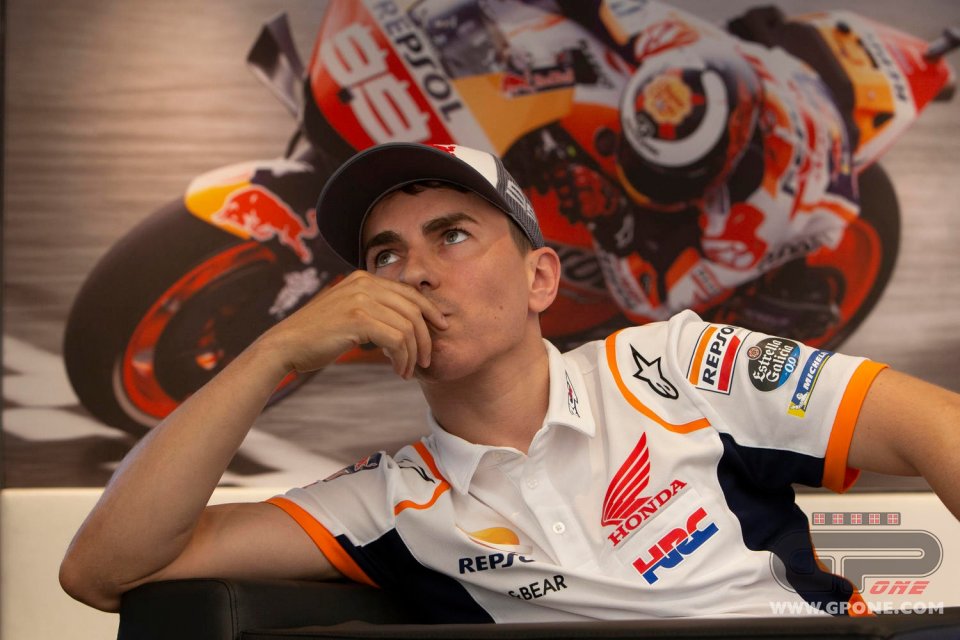 The rumour has circulated at Sachsenring like a cold wind from the north. “Lorenzo is thinking about retiring”, they mumble. Hard to believe that a warrior like Jorge, always ready to bounce back stronger after any defeat, could decide to give up for good. But the rumours arriving from Lugano, where the Majorcan is recovering, are far from reassuring.

“We saw each other for lunch, he's a little down and will go on holiday on Monday" comments Giovanni Cuzari, Forward owner and the rider's friend.

In recent days, Lorenzo has been more than a little down. He's met with friends to console himself and has asked whether it's worth fighting or whether it would be best to move on to the next phase of his life.

He had a coffee with Fernando Alonso, who left a Formula 1 that was no longer satisfying him to pursue other goals. The Spanish champion decided to change direction in life despite being able to continue in the top class if he had so wanted. Jorge then called his staff, telling them to start looking around for next season, as he might not be in MotoGP. During a lunch with a close friend, he confessed that perhaps it was no longer worth risking so much and that he's like to go into the property market.

Many clues, which lead to only one conclusion: putting an end to his days as a rider. The last two years with Ducati were tough but there was some satisfaction in the end. Honda, rather than a choice, was an obligatory path. He found a bike that doesn't suit his style and an uphill climb that he no longer wanted to face.

“My biggest mistake was leaving Yamaha” the rider has said, and no one can argue with those words. Lorenzo is almost old on a MotoGP grid of twenty-somethings, but he's very young in any other context. In recent months, he has hurt himself, perhaps too much, and he will seek answers to his questions on the beach in the Maldives.

He might choose to continue until Valencia, or not put his leathers back on at all. Three weeks to decide, a yes or no that will change his life.

As Jorge Lorenzo leaves for the Maldives, he has a lot of thinking to do. His latest accident hasn't just left physical signs but also mental ones. He will make his decision in peace on the beach. And only he knows what it will be.