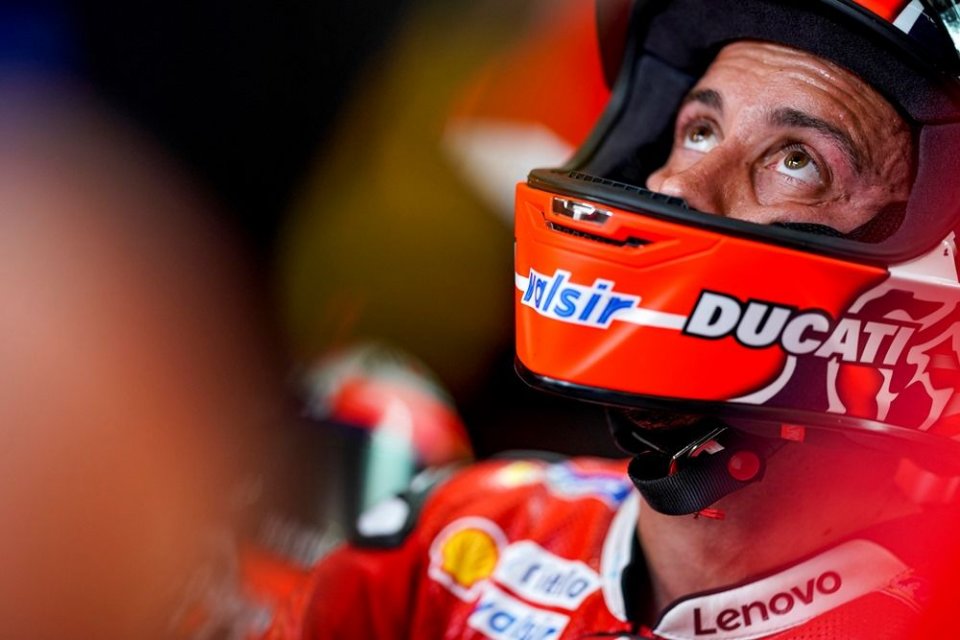 Marquez and Dovizioso, the right and wrong side of the coin on Saturday at the Sachsenring. On a day in which #93 finishes out front, scoring his tenth consecutive pole at the German track, the Ducati rider sinks, finishing outside of Q2. It will be an uphill struggle in tomorrow's race then, Dovi starting from 13th on the grid.

“I'm disappointed rather than angry - beginsAndrea - I tried to be optimistic when I got here but when things get complicated I can't get the best out of the bike. Our rivals have improved more than us and rather than getting closer to Marc, others have got between us. This is the biggest problem. It's not easy to work and stay calm when things don't go to plan. Marc and Honda have only increased their advantage.

#93 will start from pole, followed by Quartaro, Vinales and Rins.

“Right now I can't think about them, as I need to make up as much as possible and score the best possible result. Marc, Rins, Vinales and Fabio have similar pace, I'm interested to see what tyre they choose as I don't think anyone has a clear idea. If it's cold, those who usually use the hard will have to choose something else, and that will impact on the race”.

The disappointment on Andrea's face is clear to see.

“In this situation, we don't have enough cards to play right now. The most complicaetd thing to understand will be pace. This morning we tried the soft tyre but it's hard to compare it to the hard, mainly due to the temperature. I'm losing too much, particularly through the turns. And in trying to exploit the rear tyre, there's a risk of consuming it faster”.

Dovi has no intention of giving in though.

“In this situation the only thing you can do is stay calm and try to score the best possible result. I don't think we're as badly off as the qualifying position  might imply".

And as for a race prediction tomorrow.

“I don't think we're in the same situation as Assen. As I've said the top four have better pace, but we'll see how they do with tyre management, then I think there's a big group behind them. Starting further back doesn't help of course”.

The young rider was transferred to a ward at the Meyer hospital in Florence. She fractured her pelvis at Mugello during the first CIV test but will...
1 day 3 hours ago

Upon authorization, highly skilled sportsmen and workers will be allowed to cross borders
1 day 23 hours ago