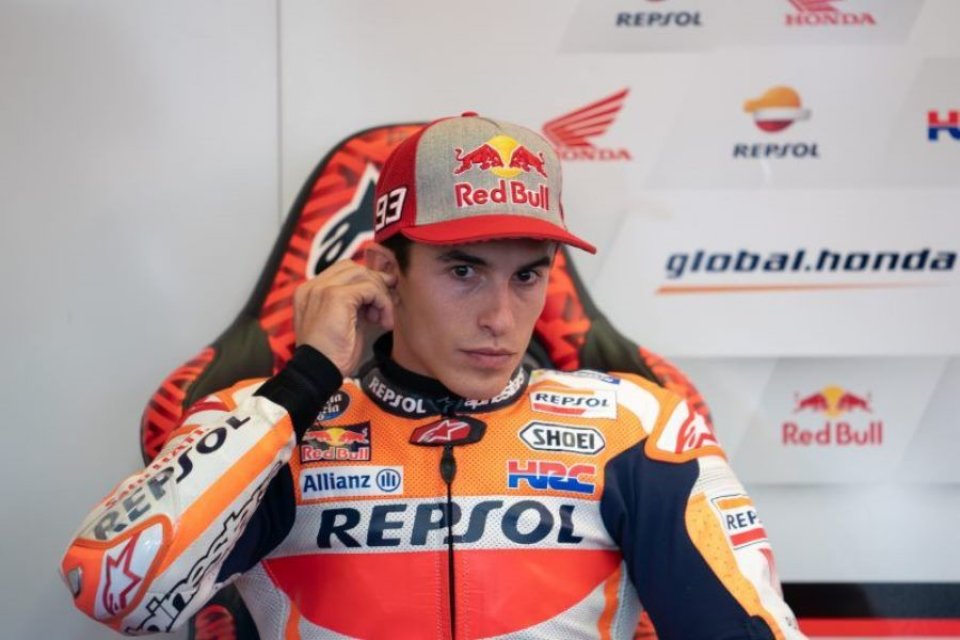 The Sachsenring may as well be a second home for Marc Marquez, in that he has always won there over the last ten years. And yet, despite all the odds lying in his favour, #93 prefers not to lower his guard.

“I was meant to win at Austin too and we know how that went – begins #93 – I'm definitely feeling confident after the latest race result and I'm sure that the Honda can be competitive and ready to fight for the win. I feel good phsyically and am very aware. As I've said, I'm not putting my faith in stats after Texas”.

Dovizioso does lie more than 40 points behind though.

“Andrea is behind, but the key to winning the championship is consistent results. We will need to work methodically and try to find the right balance. As I've said, the Honda has improved its weak points while its strengths have diminished, but we continue to work to limmit our weaknesses”.

Are you thinking about win number ten?

“I've had nine consecutive wins at the Sachsenring so far, but this is a new year. We need to understand where the Honda is, and our rivals too. The aim is to be fast and fight for the win on Sunday”.

One year ago, you left your rivals with nothing. Do you see it going the same way?

“I think the Honda will be competitive, also because our bike is proving to be consistent at all tracks. Last year Rossi was also very fast though, he was close at one point. The Ducatis have also shown to be competitive, as has the Suzuki. So I prefer not to trust too much, as the level is very high”.

Does the Austin crash still play on your mind?

“The things that hurt you always still in your mind. I think more about that crash than the win in Argentina for example. The aim is to run a good race and break for the holidays with more points over Ducati”.

Is the red bike still the one to beat?

“Ducati has found what we are looking for, or rather a more stable bike. It might have less strengths, but it suffers less in its weak areas”

Bradl will be on track in place of Lorenzo.

“It's true and I'm pleased for Stefan, as he can race at home. He's a great rider, we're doing a good job and his presence is fundamental as test rider. I think this opportunity is like a reward for all his efforts”.

How much do you think the bike has improved?

“I think the team and I have taken a step forward, also because we've been able to adapt the bike to the engine. The biggest jump has come on the technical side, as we've grown enormously compared to 2018. There are still some obstacles but that's only normal."

The Dutchman: "In the afternoon I had some problems with front end confidence"; Razgatlioglu: "Too many things to try confused me; my head is...
6 min 24 sec ago

The Circuit of the Americas has made it official: no US race for this year
2 hours 41 min ago

The young rider was transferred to a ward at the Meyer hospital in Florence. She fractured her pelvis at Mugello during the first CIV test but will...
1 day 11 hours ago

Upon authorization, highly skilled sportsmen and workers will be allowed to cross borders
2 days 7 hours ago