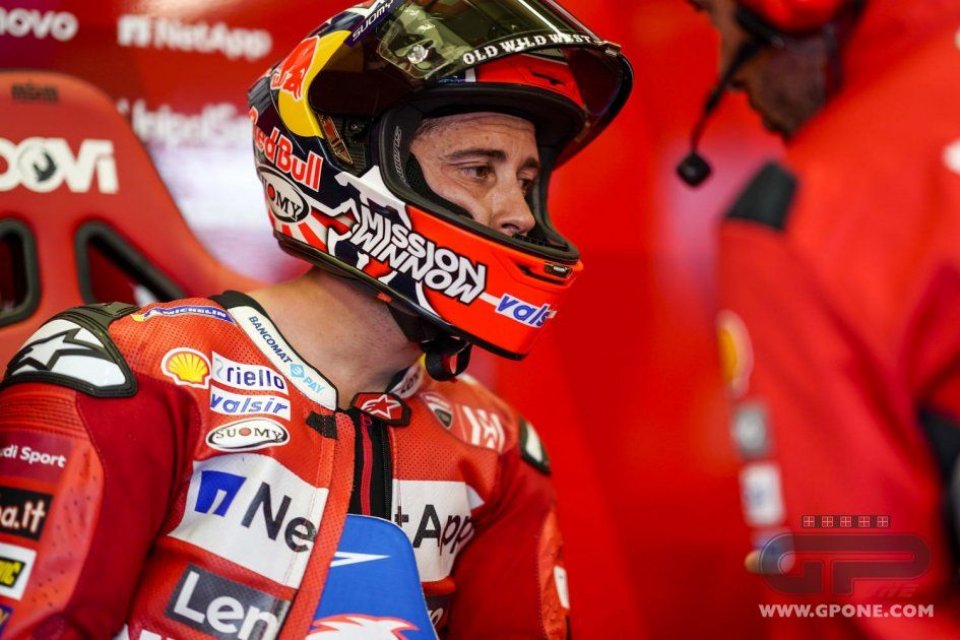 After Assen comes Ducati's bête noire, the Sachsenring, a track where the red bike has won just once, in 2008 with Stoner. The worst thing is that it is Marquez's favourite track and comes at a time when Dovizioso desperately needs to make up points. Following the Dutch GP, Andrea now lies 44 points behind the Spaniard and although the season is still long, he needs to stop Marc.

Much more easily said than done of course, and Dovi is well aware of this. He is facing a tough weekend, during which he will need to get the very best out of his Desmosedici.

"The track's layout isn't particularly suited for our bike's characteristics, but the tyres also play a key role towards the final result of the race - he comments - I don't expect an easy challenge as we'll have plenty of strong rivals, and not just Márquez because probably Yamaha and Suzuki will also be competitive on an anti-clockwise track with so many tight corners."

All he can do is roll up his sleeves.

“At any rate, we know we have our work cut out for us but each race is a different story and we want to keep moving forward on this circuit. Last year the gap on the finish line was small, but we still have room for improvement. We need to stay focused and finish the first half of the championship on a positive note."

Petrucci: "The Ducati doesn't like the Sachsenring, but I do. I want the podium"

Despite lying just 8 points behind his team-mate, Petrucci has other things on his mind. As he awaits a contract renewal, he knows he needs to put in the work and achieve results. Danilo, at least, like the German track.

“Sachsenring maybe isn't the most ideal track for our bike, but personally I've always liked it - confirms the Italian - Last year I was the first Ducati rider on the finish line, only half a second off the podium, so I feel fairly optimistic heading into the weekend. Weather conditions are often mixed there, but managing the rear tyre is the most important thing because it stays for more than thirty consecutive seconds on the left shoulder each lap.

“Our goal is to finish on the podium because only by confirming our competitiveness and racing constantly at the front we can keep holding the top spots in the rankings. Also, it's the last race before the summer break and a strong result would allow us to go on holiday happy. We are ready for another battle."

He tells of the horrendous crash in which he nearly lost his life and recounts tales of gangsters, glamour models and glory in one of the most...
3 hours 37 min ago

VIDEO - The two brothers will wear special graphics to show their solidarity at this time. Helmets, gloves and boots will then be auctioned off for...
1 day 43 min ago

The Dutchman: "In the afternoon I had some problems with front end confidence"; Razgatlioglu: "Too many things to try confused me; my head is...
1 day 12 hours ago

The Circuit of the Americas has made it official: no US race for this year
1 day 14 hours ago

The young rider was transferred to a ward at the Meyer hospital in Florence. She fractured her pelvis at Mugello during the first CIV test but will...
3 days 8 min ago

Upon authorization, highly skilled sportsmen and workers will be allowed to cross borders
3 days 19 hours ago