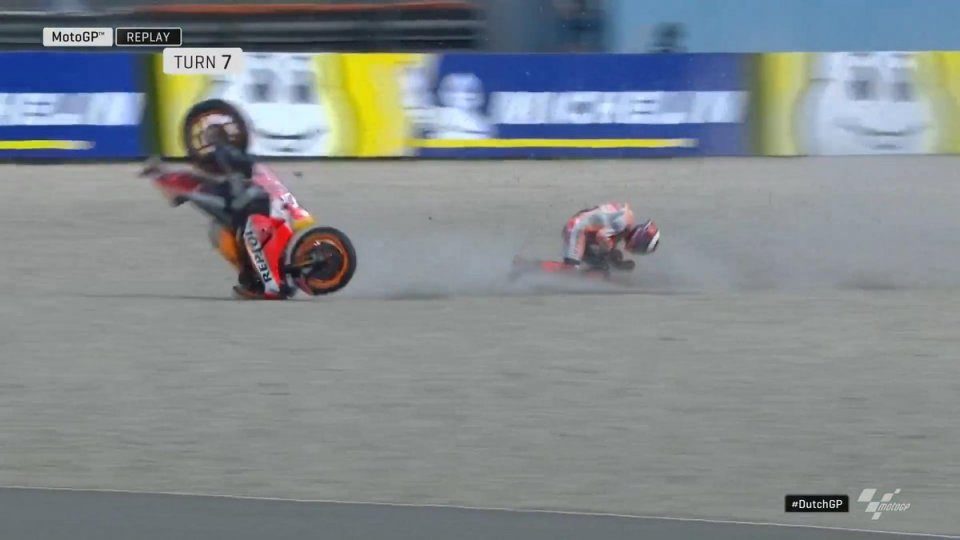 Jorge Lorenzo left the Assen circuit to be transferred to the hospital in Assen for more thorough tests. The rider from Mallorca was involved of a high-speed fall at Turn 7 during the FP1 and violently rolled on the gravel of the ride-off area.

Jorge was not yet in perfect condition after the bad blow he received during the Barcelona tests: "I have pain in my chest, my back, and I find it hard to move my right shoulder," he explained yesterday. And, unfortunately, he hit those aching parts of his body again today.

Lorenzo never lost consciousness but, as a precaution, the doctors preferred to transfer him to the hospital for further tests, especially for his back.

It'll also be a fight against time to be able to return to the circuit for the FP2 if his conditions aren't serious. 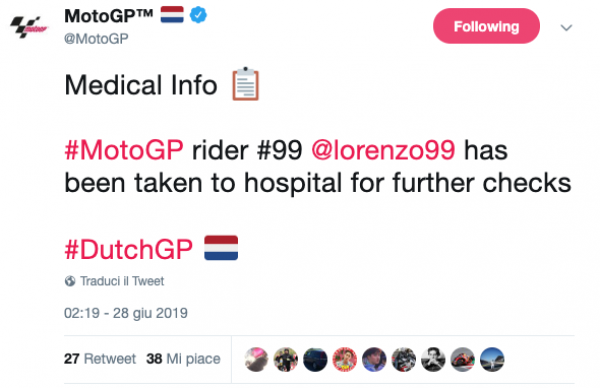