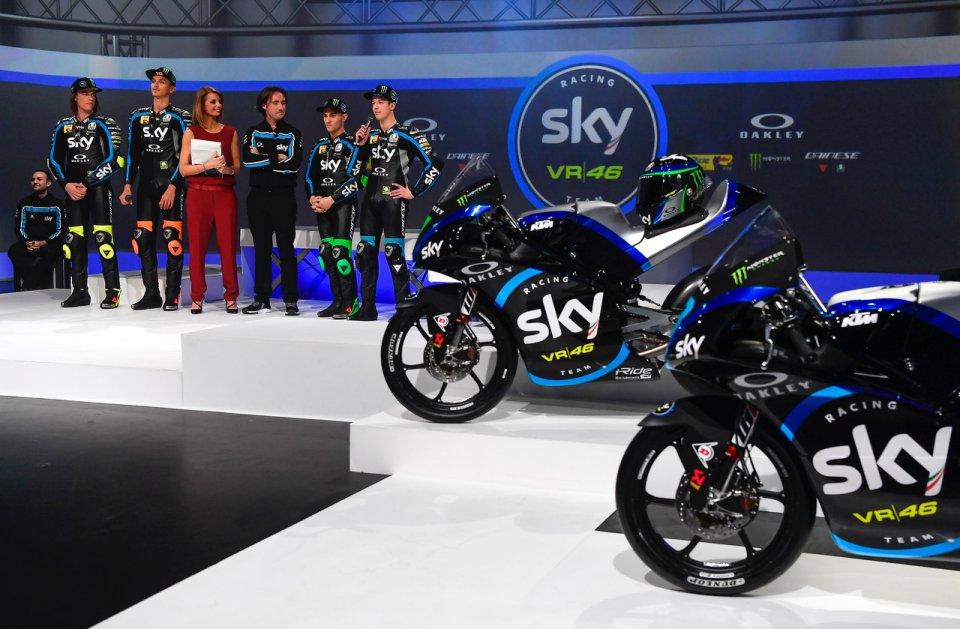 After 7 years, the relationship between Valentino Rossi and Sky might just come to an end. The Doctor entered the World Championship in 2014, starting his collaboration with the Pay TV channel first, only in Moto3 then, from 2016, also in Moto2.

Sky has always been directly involved in the project, which was created like a sort of X Factor for motorcycling or, at least, those were the intentions, until today, since the parties have met to redefine their collaboration, the continuation of which might not be so obvious.

Sky's investment in the World Championship is important, and it could revise its plans for the future, leaving behind the fairings of the team managed by the VR46. This would free up resources to put towards new programs.

For Valentino, however, replacing the sponsor he might be losiing wouldn't be a big problem because many would like to associate their name with the Doctor's, starting with Monster, which has been supporting Rossi for some time.

Bagnaia: "When I get angry I take a deep breath, Rossi taught me that"