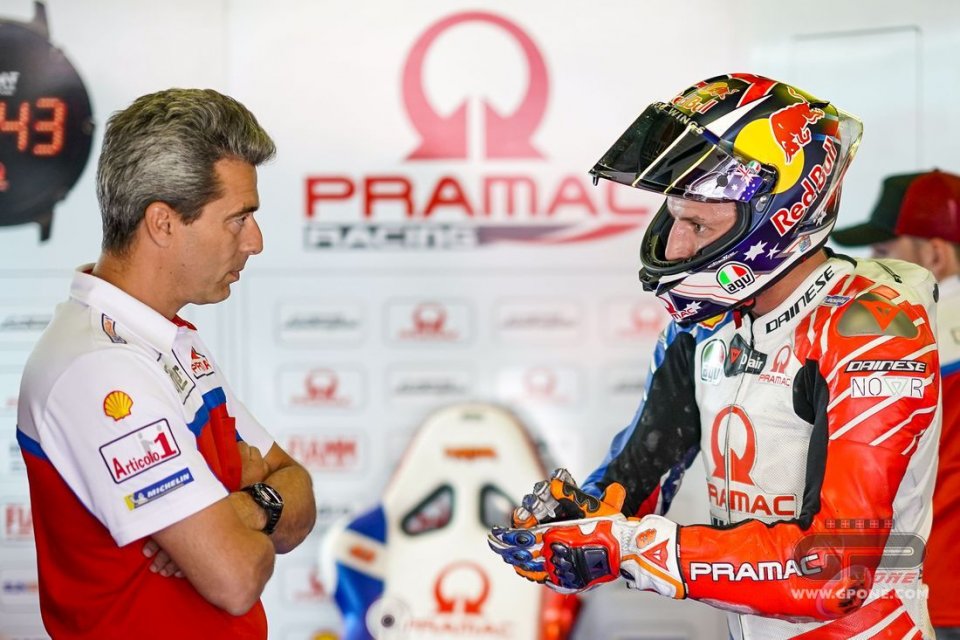 “What will I do next year? I think I'll race in the Asian championship”, Jack Miller is in a jokey mood at Assen. In truth, the Australian's future is already mapped out: the most likely possibility is that he will remain with team Pramac in the same way as this season, or rather with a bike that is the same as those of the factory riders.

Jack goes one step further, stating it is already a done deal: “we just need to sort out the final details in terms of the contract renewal - he states - I'm pleased to continue with this team and with a 2020 Desmosedici. I think it's positive for the team to have two factory bikes too, though this also means a little more pressure”.

Miller has asked to the number 1 rider in Pramac, despite Ducati having always been against this philosophy.

“They say that, but there are differences, there is always one rider who gets new parts first. Anyway, when everyone is in the same technical position, the updates go to the fastest rider”.

While the Australian views his renewal as a given, Pramac team manager Francesco Guidotti is more prudent.

“Nothing is official yet - he highlights - We still need to find the framework”.

Which means the budget required to field two factory bikes. Campinoti's team is already working to balance the books for 2020. Guaranteeing one GP20 for Miller and another for Bagnaia (a stipulation of his contract) would mean investing roughly one million euro more than this year.

“We are keen to keep Miller, both us as a team and Ducati - assures Guidotti - We don't have a time limit, but we prefer to sort things as soon as possible. When? Before the summer break if possible”.