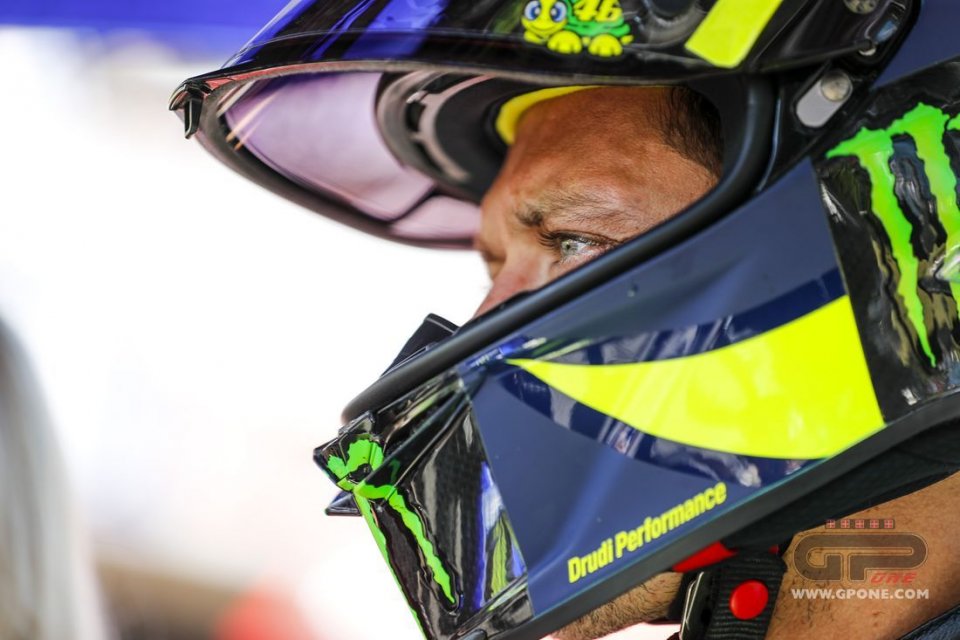 The last time Valentino Rossi was on the highest step of the podium was 25 June 2017. The Assen victory was then followed by two years of highs and lows, with podiums, races to forget and solid performances, the only thing missing for the Doctor a win.

The Dutch GP is therefore well timed, the Italian having been very successful at this track in the past (8 wins in all). The Yamaha has always performed well around the TT circuit and, in addition, at Barcelona the M1 appeared to have regained a little of what it had lost in recent months.

Nothing went to plan come race day in Spain, due to the incident caused by Lorenzo, but work in the garage was positive and those efforts should prove useful as the Dutch weekend gets underway.

“After the unlucky race in Barcelona we are ready for the two consecutive GPs of Assen and Sachsenring - comments Rossi - In Montmeló we did a good job in the garage, we worked well, and we were very fast. I felt good during the two laps in the race, so in the Netherlands this week we will work hard to get ready for the fight at the front again."

The test day following the last race also augers well, having given the team time to work on the set-up of the M1.

“The Catalunya test was positive, and I think the conclusions can help us have a good race weekend here. We will do our best”, he concludes.

Vinales: “The championship has gone, our aim is the podium”

Valentino's optimism is also shared by his team-mate. Vinales was competitive in Spain and Assen provides an opportunity to show that that wasn't a one-off.

“After the test in Montmeló we arrive in Assen with high motivation. The test was very positive for us and confirmed the good feeling that I had at the last GP. I think we have achieved the best set-up of the season, as was also demonstrated in the Catalunya GP before the accident. I really want to get back on the M1 to confirm that the bike is working well and that we can be competitive.

Vinales knows he has little to lose in terms of the championship, so all he need focus on is doing his best in each race from here on out.

"The championship is unfortunately already slipping away and it‘s practically impossible to win it - he confirms - so we are going to concentrate on finishing the season by getting as many podiums as possible, with an eye on the future and the next season.”